Film and television lovers have been eagerly awaiting the arrival of Disney’s new streaming service, Disney+ which is due to launch in the US in November.

The platform is set to feature a range of exciting content, including every single Disney movie plus new shows such as Marvel’s Falcon and Winter Soldier and a Star Wars series called The Mandalorian.

But that’s not all – Disney Chairman Bob Iger revealed during the company’s earnings call this week that the service will also feature a number of reboots of films from the recently acquired Fox catalogue, such as Home Alone.

ALSO READ:  You Probably Didn’t Know that in 1993 Disney Planned to Recreate Slavery with a Park in Virginia

In case you didn’t know, Home Alone stars Macauley Culkin as Kevin McCallister, an eight-year-old boy who is accidentally left behind when his family goes on holiday to Paris.

Kevin initially enjoys his newfound freedom, but soon finds himself having to take action as his home is targeted by two burglars.

The 1990 movie has become a Christmas classic beloved by families all over the world, so understandably the announcement that it’s going to be “reimagined” for a “new generation” hasn’t gone down too well with a lot of people.

ALSO READ:  9 real-life horror stories of people who disappeared and were never found

Fans have taken to Twitter to share their outrage over the news, imploring Disney not to mess with “their childhood”.

One person wrote: “A remake of Home Alone. Why are they going to ruin a classic!! Macauley Culkin is my childhood… just leave things be pleaseeeee.”

Someone else wondered why they couldn’t come up with a new idea: “Leave Home Alone the way it is. So Hollywood can’t come up with any original films these days? Just remakes, reboots and Marvel Hero movies?”

However, not everyone was outraged by Disney’s plans.

“People are going to act like making another Home Alone is a big deal,” commented a different user. “But in reality, they’ve already made five Home Alones, three of which had different main actors, so no, this is not a big deal.”

“Home Alone isn’t one of those ‘untouchable’ franchises,” proclaimed another. “They can remake it and it might even be better than the original.”

As well as Home Alone, Iger added that Disney is also looking to reboot Night At the Museum, Cheaper By The Dozen and Diary of a Wimpy Kid.

He said the company was “focused on leveraging Fox’s vast library of great titles to further enrich the content mix on our DTC platforms [Disney+ ad Hulu].”

It’s not yet known when these reboots will be released or what form they will take. 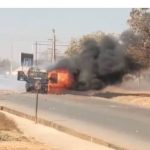 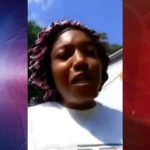