The Electronic Communications and Posts Regulatory Authority (ACREP) has released its latest figures from its latest Ericsson mobility report. According to this report, North America is the largest consumer of mobile data in the world with 7.2 GB per month against 5 GB in France. Figures that should be revised upwards by 2023 with the arrival of 5G .

ALSO READ:  Top 10 Most Luxurious Prisons In The World!

With this strong consumption of mobile data, it is difficult to compete with North America, champion in any category where subscribers would devour 7, 2 GB per month and smartphone. For Ericsson, this is not a big deal as by 2023, North American users will be able to consume up to 49 GB of data on average and 25 GB in Western Europe. It is clear that all regions of the world will see their numbers explode and exceed happily 10 GB.

Ericsson believes that several factors will lead to this: first there is the arrival of 5G, the packages will be more affordable and generous in mobile Internet and, finally, content more greedy bandwidth involving the virtual reality and augmented reality. In terms of total mobile data traffic, it will also experience an exponential evolution. It will see an increase of up to 8 times, reaching nearly 107 exabytes per month, the equivalent of 10 hours of full HD video streaming by every mobile subscriber in the world. By 2023, more than 20 percent of global mobile data traffic is expected to transit 5G networks, 1.5 times more than today’s total 4G / 3G / 2G traffic, Ericsson promises. 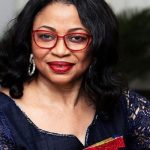 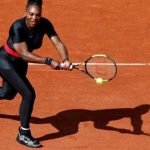