During the Revolutionary War American soldiers were given a small dose of small pox to fight off a small pox epidemic. The new practise meant that only 2% of those who requested the “inoculation” ended up dying from the awful illness that killed many.

The practise is ingenious in it’s nature, give the body a small amount of the disease and then let it build natural immunity. Then when the fully fledged disease comes knocking, the body can kick it to the curb!

ALSO READ:  Top 10 Tribes That Are About To Go Extinct

The practise was introduced after Puritan church minister Cotton Mather convinced Dr. Zabdiel Boylston to experiment with the idea in the 1700s, however it was actually something he learned from an enslaved young man whom he had named Onesimus.

Onesimus was an interesting choice of name, it’s a biblical name. In the bible Onesimus was a slave who escaped from his master, who was an early Christian named Philemon.

None the less, Onesimus stayed with Mather from 1706, when he was given as a gift from Mather’s Massachusetts congregation until around 1716 when it seems Onesimus had become rebellious and had put forward wish to buy his own freedom.

Onesimus is assumed to have been born in Africa in the late seventeenth century before being stolen and taken to Boston.

He learned to read, write and was descried as very intelligent. He was known to have had a son and a wife but not much else is known.

Cotton Mather convinced Dr. Zabdiel Boylston to experiment with the procedure when a smallpox epidemic hit Boston in 1721 this led to over 240 people being inoculated.

In 1716 Mather wrote a letter to the Royal Society of London describing “Ye Method Of Inoculation”. He wrote that he had,

undergone an Operation, which had given him something of ye Small-Pox, and would forever preserve him from it, adding, That it was often used among [Africans] and whoever had ye Courage to use it, was forever free from ye Fear of the Contagion. He described ye Operation to me, and showed me in his Arm ye Scar.” (Winslow, 33)

The practise was originally opposed on all levels, however it went onto save so many lives. Likelihood is that Onesimus never saw any recognition directly for the information he imparted to the man that enslaved him. 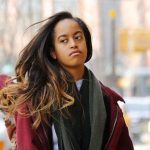 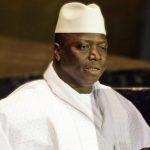