The Aksumite currency was created and used in the Kingdom of Aksum (or Axum), which was located in modern-day Eritrea and Ethiopia. Its mintages were issued and circulated from King Endubis’ reign about AD 270 to the first half of the seventh century, when it began to collapse.

Mogadishu currency, issued by the Sultanate of Mogadishu, was the most extensively used currency in the Horn of Africa throughout the succeeding medieval period.

The currency of Aksum worked as a marketing vessel, displaying the kingdom’s wealth and supporting the state religion (first polytheistic and later Oriental Christianity). It also aided the Red Sea trade, which it relied on to survive.

Given the scarcity of major explored in the area, the currency has also proven important in giving a credible chronology of Aksumite kings.

Metal coins may have been used in Aksum centuries before centralized minting began, even though minted coins were not issued until around 270.

The Aksumite state imported brass for decorations and money cutting, as well as other metals a small sum of money (denario) for foreigners. As a result, it’s reasonable to assume that early Aksumite monarchs, who ruled over the Red Sea’s international trading waterways, realized the value of an uniform currency for promoting both domestic and international trade.

ALSO READ:  King Ezana of Aksum Is Known For Introducing Christianity To Ethiopia; Here's What To Know
Loading...

Though the design and production of Aksumite coins are entirely indigenous, there are clear outside influences that encourage the use of money. There was significant trade with Romans on the Red Sea at the time coins were first minted in Aksum, and Kushana or Persian influence cannot be ruled out.

Although Roman, Himyarite, and Kushana coins have all been discovered in major Aksumite cities, very small quantities have been documented, and foreign money circulation appears to have been limited.

Though South Arabian kingdoms made coins, they had long since fallen out of favor by the time of certain Aksumite participation in the region under GDRT, and only very seldom produced electrum or gold denominations (silver in Saba’ and Himyar, bronze in Hadhramaut), making impact unlikely.

The main driver was not emulation, but economics; the Red Sea and its shores had traditionally been a crossroads for international trade, and coins would considerably simplify trade and prosperity under the newly established “world power.” Despite these influences, the coins were genuinely indigenous in design, with only minor and infrequent foreign influences.

On both the obverse and reverse, Endubis, the first known Aksumite king to produce coins, focused nearly entirely on his portrait. His head and top half of his chest were depicted in profile, with him wearing a regnal headcloth or helmet and an abundance of jewels.

Endybis scribbled his regnal name as well as his surname “His early successors kept the tradition, although later coins often lacked the bisi name. Every monarch had a separate bisi name, which was a kind of tribal affiliation or “ethnikon” (i.e. a reference to the king’s genealogy).

Endybis also used the pre-Christian symbol of the disk and crescent as a promotional tool to advertise his religion (a purpose which the coins already served). Two (but often one in later years) ears of barley or wheat around the depiction of Enybis’ head in profile was a second pattern adopted by Enybis and continued by future coins.

Endybis adopted the Roman aureus to standardize Aksumite coin weights against, despite later coins being smaller, with gold issues weighing roughly 2.70 grams (more precisely, the theoretical weight may have been 2.725g). 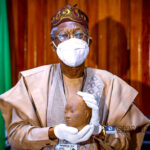