Bezos started this week as the world’s second richest person behind Gates, but dropped behind Ortega by the end of the day on Monday. At that point, Bezos had an estimated $84.1 billion fortune, $200 million less than Ortega’s $84.3 billion fortune. Bezos reclaimed second place during the day on Tuesday but dropped to third again when markets closed, with an estimated net worth of $84.6 billion. Amazon stock is down nearly 5% since Thursday, the day it missed quarterly earnings estimates; Bezos’ net worth is down $4.1 billion over the same time period.

Ortega’s net worth, meanwhile, has climbed $1.2 billion since Thursday. 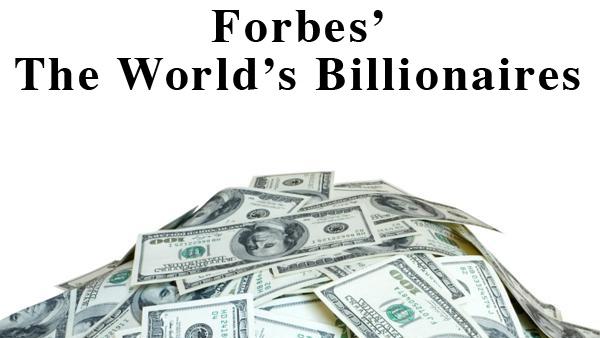 Bezos and Ortega are the only two billionaires who have been at the top of Forbes’ real-time billionaire rankings, but have never held the No. 1 spot on an annual Forbes’ Billionaires List, usually published in March. Ortega first surpassed Gates in October 2015, for less than a day, and then spent two days on top in September 2016. Bezos spent less than four hours as the world’s richest person on Thursday July 27, before he too dropped to second — and now third — place.

Now, Bezos and Ortega, who both hold the vast majority of their wealth in the stock of the company they founded, are close enough to Gates on Forbes’ real-time rankings that a stock rally could put either of them back in the No. 1 spot. But as Bezos’ experience last week shows, a stock dip can just as easily shave billions off their net worth and drop them a spot or two in Forbes’ global wealth rankings, which are updated throughout the day when stock markets are open.