Detroit boxer Isiah Jones was shot and killed by his brother during an altercation on Monday, his trainer Roshawn Jones told WXYZ. The deceased 28-year-old boxer’s trainer also said he was notified about the fatal incident an hour after it happened.

“I instantly broke down in tears and was hurt,” said Roshawn Jones. “It’s a tragedy for it to happen like that.”

The shooting incident was confirmed by Detroit police. And though they said that an adult male was fatally shot by a family member, they did not disclose the name of the victim. But neighbors also confirmed to the news outlet that the victim was Isiah Jones, and his brother opened fire on him during a dispute.

“I was trying to get him for the last 30 days to come down (to Toledo, Ohio) to the gym and start training at the gym, so he could isolate himself from his friends and that type of negative energy that was in Detroit at the time,” Roshawn Jones said.

Following the shooting, police said the suspect fled the area. The fatal incident is also under investigation.

“He set the tone for everybody. He was the hardest working person in the gym and he’s just a great overall guy,” the deceased boxer’s trainer said. “He was a great guy, great family man, loved his kids and he did the best he could to provide for his children.”

Jones won the National Golden Gloves in 2016, TMZ reported. He also turned professional that same year. His professional record stood at 9-7 while his amateur record was 52-2. 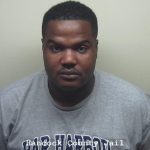