Deontay Wilder was taken to hospital as a precautionary measure after his defeat to Tyson Fury.

Wilder’s corner threw in the towel in the seventh round with the American being dominated by the Gypsy King.

He took plenty of punishment and was bleeding from his left ear and mouth before the fight was stopped and he lost his WBC heavyweight belt.

After the fight, he criticised his corner for throwing in the towel and not letting him “go out on his shield” as he was interviewed after being checked over by medics.

But he missed his post-fight press conference as he was taken to a nearby hospital for further checks after being seen getting his ear stitched in his dressing room following the first defeat of his professional career.

His trainer, Jay Deas, took his place in the press conference and said: “He had a small cut inside the ear which may have affected his equilibrium so he’s going to get some stitches.

Speaking in the ring after the fight, Wilder said: “The best man won on the night. My coach threw in the towel but I’m ready to go out on my shield.

“I had a lot of things go on coming into this fight but it is what it is.

“I just wish my corner would have let me go out on my shield, I’m a warrior. But he [Fury] did what he did and there’s no excuses.”

He also hinted he was not 100% fit and was carrying an injury coming into the fight.

He said: “I had a lot of things go on coming into this fight but it is what it is. My leg was already weak coming in due to other things. But I make no excuses tonight.”

Discussing how he will respond to his first defeat, Wilder said: “Even the greatest have lost and came back, that is just part of it.

“You just take it for what it is. I can make no excuses tonight. I had a lot of complications.

“But we’ll come back stronger next time around. This is what big-time boxing is all about, the best must fight the best.

“I appreciate all the fans that came out and supported the show, and I hope that everyone gets home safely.” 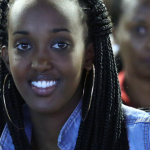