Uber may be talking about it, but automotive technology parts supplier Delphi is doing it. Today the company announced a partnership with Singapore to start a pilot program for an on-demand autonomous taxi service.

Before you think you can just jump in an autonomous car next time you’re in Singapore, there are a lot of caveats. First, there are only six vehicles in the autonomous fleet. Second, the fleet will only be available along a four-mile route in a business park on the western edge of the city.

Singapore is gearing up to become the world’s first “smart nation”, with another deal to bring self-drive taxis to the city.

The city authorities signed a deal with start-up nuTonomy to test autonomous vehicles in March.

Now Delphi Automotive will also offer a small fleet of automated taxis to carry passengers around a business park.

The driverless cabs could reduce an average $3-a-mile ride to 90 cents, the firm said.

ALSO READ:  WATCH: 10 Michael Jackson Songs That Made Him The King Of Pop

Initially, the cars will have drivers, ready to take over if the system fails but the plan is to gradually phase the human out in 2019.

The small fleet of six Audi vehicles will travel along a 3.5 mile (5.6km) route in One North, a business district in the city.

By 2019, the plan is to have fully autonomous cars without steering wheels but they will only be tested with a “controlled group of people,” according to the firm.

The pilot ends in 2020 with a view to rolling out a wider deployment after that.

The cars will be fitted with software that will allow commuters to book them, in a similar way to ride-sharing services Uber and Lyft.

Delphi Automotive is a vehicle electronics supplier and last year conducted a coast-to-coast demonstration of self-driving cars in the US.

It plans to announce similar pilot programmes in the US and Europe, later this year, it said.

“We are starting in a fairly small controlled manner but the expectation is we will continue to build. Starting with a small pilot and then moving to an operational fleet of 30, 40 or 50 vehicles with that continuing to expand,” said Delphi’s vice-president of services Glen De Vos.

“It will get a lot of attention and that is good because it helps socialise the technology.”

The Singapore authorities are looking to driverless vehicles to address the growing problems of congestion in the city.

Start-up nuTonomy, which is an offshoot of the Massachusetts Institute of Technology, hopes to have a fleet of between five and 10 electric cars running in the same business district by 2018. 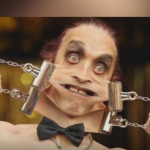 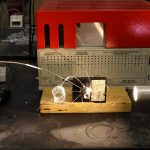