Cyclone Idai fell on the night of 14 March near the port city of Beira, bringing strong winds and rains. Two major rivers, Buzi and Pungue, burst their banks, submerging whole villages and leaving bodies floating in the water.

As of Saturday, at least 746 people were reportedly killed by the storm, floods and heavy rains that preceded the storm.

A PICTURE IS WORTH A THOUSAND WORDS. 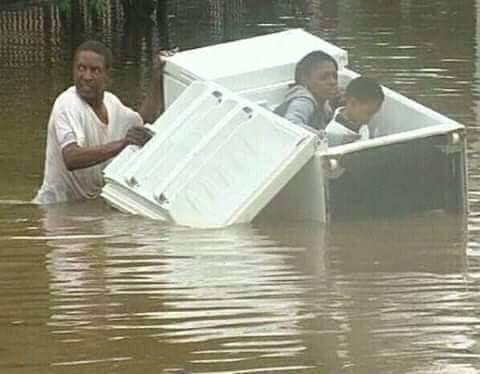 The first death from cholera has been confirmed in the cyclone-hit port city of Beira, with cases of the disease almost doubling in Mozambique in the past 24 hours, health officials say.

More than 500 cases of cholera have since been reported in Beira.

Aid efforts in Mozambique are now focused on containing the disease, with a large vaccination campaign under way.

Some 517 cases of the disease had been reported by Sunday, up from the figure of 271 announced on Saturday, National Director for Medical Assistance Ussene Isse said on public television.

The World Health Organization (WHO) said that at least 900,000 vaccine doses would be arriving in the port city this week.

Hundreds of thousands of people were displaced following the cyclone – exposed to unhygienic conditions, some had little to no access to clean drinking water for more than a week.

Cholera is spread through human waste in the water supply.

The flood water itself is not the primary risk. Instead, the risk comes because the existing drinking water supplies having been damaged by the flooding.

Some 518 people have been confirmed dead as a result of the cyclone, according to the most recent statistics issued by Mozambique’s National Disaster Management Institute (INGC).

Some 1.8 million people are said to be affected across southern Africa, with no electricity or running water in areas where homes have been swept away and roads destroyed by the floods.

Mozambique is said to have borne the brunt of flooding from rivers that flow downstream from neighbouring countries.

Nearly 90,000 Mozambicans are thought to be sheltering in temporary sites.