Cristiano Ronaldo’s lucrative advertising contract with Nike could be at risk after the sportswear giant said it was “deeply concerned” by a rape allegation against the footballer.

The US sportswear giant’s contract with the player is reported to be in the region of $1 billion (£768m).

It came after Kathryn Mayorga, a 34-year-old former model, claimed the player assaulted her in Las Vegas in 2009. The footballer, 33, has angrily denied Ms Mayorga’s claim.

Nike called the allegations “disturbing” and said it would “continue to monitor the situation closely”. EA Sports, which also has a contract with the player, made similar comments.

Earlier on Thursday the Portugal national football team’s announced it was leaving its captain out of its next two games came after police in Las Vegas announced they were re-opening their investigation into Ms Mayorga’s claim.

ALSO READ:  UNUSUAL: After The Look-alike Lionel Messi, Here Is That Of Cristiano Ronaldo!! {Photos Inside}

The footballer has said he is keen to clear his name but added his “clear conscience” allows him to calmly await “the results of any and all investigations”.

Ronaldo will miss Portugal’s second game in the Uefa Nations League in Poland next Thursday and a friendly match in Glasgow against Scotland three days later.

Fernando Santos, Portugal’s coach, said Ronaldo would also not be called up for the next round of international games in November.

Mr Santos said the decision was taken after a discussion between himself, Ronaldo and the head of the Portuguese football federation.

“We agreed the player wouldn’t be available, wouldn’t be an option for selection,” Mr Santos said. “For the next two squad selections, this one and the one next month, Ronaldo won’t be with us.”

He added he expected Ronaldo, who with 154 caps is his country’s most experienced player, will return to playing for Portugal eventually.

Ronaldo has already missed Portugal’s first two post-World Cup games as he completed an £88.7m move to Italian club Juventus. He was spotted arriving at the club’s practice session on Thursday.

Juventus released a statement on Thursday evening supporting their player.

.@Cristiano Ronaldo has shown in recent months his great professionalism and dedication, which is appreciated by everyone at Juventus. 1/1

The events allegedly dating back to almost 10 years ago do not change this opinion, which is shared by anyone who has come into contact with this great champion. 2/2

Mr Mayorga has filed a lawsuit against Ronaldo seeking to void a $375,000 non-disclosure agreement she alleges she was coerced into signing.

She claims the footballer raped her in a Last Vegas hotel penthouse suite in June 2009 and is now seeking more than $200,000 in damages.

The player has vehemently denied the accusation, saying “rape is an abominable crime that goes against everything that I am and believe in”.

The Las Vegas Metropolitan Police Department said it had responded to a call alleging a sexual assault on June 13, 2009 and confirmed it has now reopened the case

In a statement to The Telegraph, the police department stated: “The Las Vegas Metropolitan Police Department responded to a call of a sexual assault on June 13, 2009.

“At the time the report was taken, the victim did not provide detectives with the location of the incident or suspect description.  A medical exam was conducted.

“As of September 2018, the case has been reopened and our detectives are following up on information being provided by the victim.”

Police have refused to say whether the footballer is the subject of an investigation. 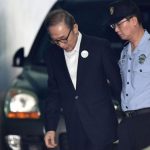 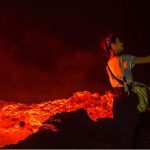