European Champion in 2016, Cristiano Ronaldo does not see Portugal as one of the favorites for the 2018 World Cup. For the superstar, the five favorites are Spain, Germany, France, Argentina, and Brazil.

“We are not favorites,” Ronaldo told Desimpedidos. “We have to be honest and humble and understand that, theoretically, there are stronger teams, like Brazil, Spain, Germany, Argentina and France”

“We are not favorites, but everything is possible in football, we will try to qualify for the group stage, and we will see more”.

Portugal has never won the World Cup, but Ronaldo believes he does not need to shine in this competition to finish his career in style.

“Honestly, I do not think so. I realized everything I dreamed about in football. We can all have dreams and goals, but I have achieved so many beautiful things that I have no more dreams. If you ask me if I want to win the World Cup, I would say yes, but if I had to end my career at the moment, I would be very proud, I never thought my career would be as beautiful, ” has he declared before the confrere.

Portugal will face Spain in their opening match on 15 June before facing Morocco and Iran in their last Group B matches. 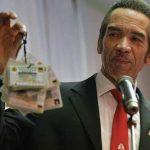 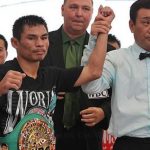