Beauty care product, Nivea has brought down at any rate some of its questionable adverts advancing skin-helping creams.

We announced last week that Nivea was under trolls from Africans  for promoting skin-helping items in West Africa. 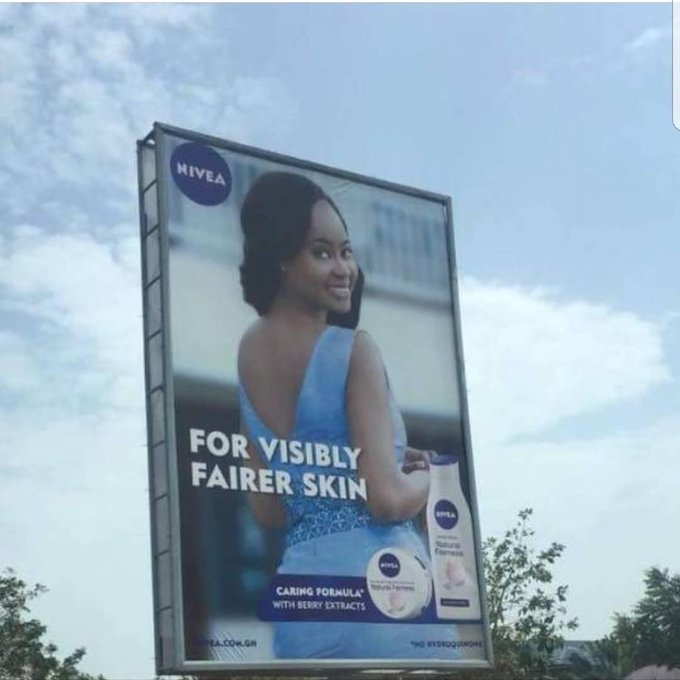 Dear @niveauk @NIVEAUSA and all other #Nivea out there… This is not how to market in Africa. We didn’t want ‘FAIRER SKIN’ thank you.

Reports now show photos of an empty billboard where one such Nivea ad used to stand in Accra:

British-Ghanaian musician Fuse ODG also posted a video in front of another billboard in Accra where he says the offending advert had been replaced:

He says in the video that this is just the beginning: