The leader of South Africa’s public railway company, Collins Letsoalo, has been fired for awarding himself a salary increase.

Letsoalo, acting CEO of the Passenger Rail Agency of South Africa (PRASA), was dismissed Monday by the railway’s governing board, reports SABC.

In what has become a local scandal, Letsoalo, who goes by the nickname “Mr Fix It,” was employed with the task of cleaning up the corruption and waste that pervaded South Africa’s railway corporation, when he was appointed PRASA CEO last July by Transport Minister Dipuo Peters.

Instead, once on the job, Letsoalo demanded benefits, such as a chauffeur-driven vehicle as well as “a company cell phone with unlimited calls.”

ALSO READ:  Why Diamond Platnumz Sacked His Most Trusted Bodyguard Who Knew All His Secrets

Announcing his sack, the PRASA board described Letsoalo’s salary increase as unauthorized. Board Chairman Nana Zenani told reporters Tuesday that the board had not been aware of the salary increase.

“When it came to light, the immediate response by the board was to ask for Mr. L to be recalled and for investigations to begin,” Zenani said.

Letsoalo, however, insists that he followed due procedure in awarding himself a pay rise. In an interview on Tuesday, he said that he had communicated the salary increase to the chairman of the board via e-mail.

“The chairperson of the board was CC’ed in the e-mails where my salary has been discussed,” Letsoalo said.

Letsoalo says he wasn’t properly notified about his firing, “I was never fired; I didn’t even get a letter. I was informed through media reports,” adding, “Only the minister can terminate my contract.”

In what has been described as symptomatic of the unbridled sense of entitlement common with South Africa’s elite — even as the rest of the country struggles with a slowing economy — Letsoalo maintains that his increased salary package from the pay rise was no different from what other executives in charge of most of South Africa’s state-owned enterprises earned. 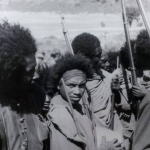