The coronavirus was confirmed in the Chinese city on January 7, 2020. Cases have since been confirmed in several other Asian countries, Europe and the United States.

The World Health Organisation, WHO, has since declared it a public health emergency of international dimensions. WHO chief Tedros Ghebereyesus said whiles China had a robust health system to detect and control, his outfit remained concerned about the virus entering country’s with weak systems.

Almost all African governments have publicly put in place strict screening at points of entry especially airports. Ivory Coast, Kenya, Ethiopia and Botswana have recorded suspected cases. All except Botswana have reported that the tests were negative. African airlines have cancelled scheduled flights to China except for Ethiopian Airlines.

In this article, we will share the latest developments as authorities implement measures to contain the spread of the virus, especially on the African continent.

Authorities in Kenya are prepared to evacuate their citizens from China, where the Coronvirus outbreak has claimed over 400 people.

The country’s health administrative secretary Dr Mercy Mwangangi told lawmakers there are plans to evacuate 85 students who are stranded in China’s Wuhan city, the epicentre of the coronavirus outbreak.

“The Ministry of Foreign Affairs is in constant communication with the 85 Kenyan students,” Mwangangi told the MPs, adding that evacuations will be done once China lifts the lockdown in the city.

“We have identified two holding rooms at JKIA [Kenya’s main international airport] and set up isolation facility at the Kenyatta Hospital. Additional satellite isolation facilities have been earmarked for Nairobi county,” she added.

It is not clear how long the Wuhan lockdown will last, but several countries have been evacuating their citizens from the city. Egypt and Morocco are among African countries that have already evacuated their citizens.

Kenya says there are three cases that are being dealt with as at Monday (February 3) – one in Nairobi and the others in Mombasa. The Health Ministry also stressed that four earlier cases had turned out negative.

Meanwhile, the Chinese Embassy in Kenya has issued a directive for employers who are expecting the return of workers from the holiday break.

The statement whiles stressing the WHO position of a travel ban being needless said “…all Chinese companies in Kenya to quarantine their employees returning from China for 14 days no matter they have symptoms or not.

“To date there is no suspected case of novel coronavirus among Chinese nationals in Kenya,” it clarified stressing that China was undertaking equally stringent measures for nationals leaving the territory.

Meanwhile, while citizens of several African countries caught up in Wuhan, the virus epicenter, call for evacuation, Senegal says it does not have the capacity so to do.

President Macky Sall in an address confirmed that there are about a dozen Senegalese in Wuhan and that the government was in contact with them and providing them necessary assistance.

PRESS RELEASE: Based on a highly responsible manner, all airports in China are strictly checking the temperature of all passengers departing or arriving. Whoever with fever will be sent to the nearest health facilities to be quarantined and further treated. pic.twitter.com/jvLM0ni5tM

The first African known to have contracted the deadly coronavirus is a Cameroonian student in China. The university where he studies confirmed the situation in a statement. According to Yangtze University, the 21-year-old was being treated in hospital in southern Jingzhou city.

The statement said he had gotten the disease whiles visiting the city of Wuhan in China’s Hubei province. Wuhan is the epicentre of the outbreak which has affected thousands within and outside China so far.

From Wuhan, he returned to his place of residence in Jingzhou, on 19 January, before a lockdown was imposed in Wuhan to prevent the spread of the plague. So far the death toll is over 200 people. The first death outside China was recorded over the weekend in the Philippines.

Ethiopia last week recorded negative for three suspected cases, same with Kenya’s first suspected case. Botswana’s one case as at last week rose to five in a statement by the Health Ministry on Sunday.

The only other African country to declare a suspected case negative is Ivory Coast. Meanwhile countries continue to undertake efforts to secure their entry points from possible importation of the virus.

Air Tanzania has also joined the African fliers that have suspended scheduled flights to China over the outbreak. Meanwhile, Ethiopia’s decision to continue flights to and from China has received heavy backlash.

“Nigeria stands with the Government and people of China in this trying time, as they work hard to contain the spread of the Coronavirus. We wish them the very best, and have no doubt that this challenge will be fully overcome,” this was part of Nigerian president’s goodwill message to China.

Authorities in Kenya have reported a new suspected case of coronavirus after its first case turned negative earlier this week. The said patient arrived in Kenya on December 30 and is currently in isolation.

Over in Nigeria, the Heath Minister, Osagie Ehanire, at a meeting in Abuja over the coronavirus said the country had the capacity to detect, assess and respond in case the virus finds its way into the country.

“While the risk of importation exists, we can assure Nigerians of the nation’s capacity to detect, assess and respond to this and any other public health threats at the point of entry.”

He also said the federal government had voted funds to increase services of the ministry’s Port Health Services Unit. He disclosed that government was in touch with 16 Nigerians in Wuhan, the epicenter of the epidemic in China’s Hubei province.

Kenya’s national carrier on Friday suspended all flights to and from China, as a precautionary measure against the spread of coronavirus.

Kenya Airways says it is working with the country’s health and foreign ministries to determine the length of the suspension.

RwandAir, Air Madagascar, Air Mauritus and Royal Air Maroc have also suspended flights to mainland China, where the coronavirus has killed over 200 people. These airlines said the suspensions are indefinite and offered re-funds or re-routes to passengers who had booked flights to China.

On the other hand, Africa’s largest aviation operator, Ethiopian Airlines on Thursday said it would continue to operate all its flights to China, adding that it was working with relevant authorities to “protect its passengers and crew” from the virus.

Ethiopia’s health authorities on Thursday said the four citizens who had been isolated on suspicions of having contracted the coronavirus tested negative.

The ministry said the blood samples of the four were sent to a laboratory in South Africa for further investigation on Tuesday, and still came back negative.

There are no confirmed cases of the coronavirus on the African continent. Earlier, the suspected case in Ivory Coast also tested negative.

Ethiopian Airlines on Thursday issued a statement refuting media reports that it had it had joined a growing list of global carriers suspending flights to China.

“We are operating our regular flights to all of our 5 gateways in China, Beijing, Shanghai, Guangzhou, Chengdu and Hong Kong with the usual supply and demand adjustment that we always make during the Chinese New Year Holidays,” the statement read in part. 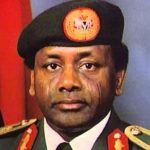 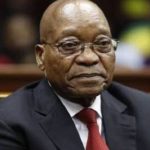