Ghanaians in Wuhan in China’s Hubei province are desperately begging the government to evacuate them over the outbreak of the 2019 coronavirus.

The students and other Ghanaians who are there for other purposes have been calling on the government to bring them back home for a while now.

However, the government through the Embassy in China on Wednesday [February 12, 2020] told them that Ghana has no intention of evacuating them from the Asian country despite being held on lockdown at the epicentre of the outbreak.

But the students want the government to consider its decision.

Baba Musah, one of the students who spoke told Accra-based Citi FM that the government’s decision is heartbreaking.

“We are calling on the government of Ghana to evacuate us from this land. We are going through psychological and emotional torture… Our city has been on locked down for about two weeks and life has become unbearable for us,” another student called Mark Osei said.

Mark explained that they cannot return to Ghana on their own since the Chinese government says it will only allow persons at the epicentre of the outbreak to leave on chartered flights.

“We decided to buy the air tickets ourselves for commercial flights to come home and when we engaged the Ghana missions to help us through the protocols, the Chinese ministry made it clear that Ghanaians will be allowed to leave Wuhan only through chartered flights by the Ghanaian government and that is the only way we can leave and that is how other governments have evacuated their citizens from Wuhan,” he said.

Over 12 countries have evacuated their citizens from Wuhan over the outbreak. These countries adhered to strict World Health Organization protocols for evacuation including holding the evacuees in quarantine for two weeks before reintegrating them into society.

Iran, Vietnam, Australia and New Zealand, South Korea, India, Brazil among others have evacuated their citizens.

Chinese officials have within the last few days recorded over 5,000 new cases of 2019 coronavirus in Hubei Province. Nationwide in China, 65,000 cases have been confirmed with over 1,300 deaths. 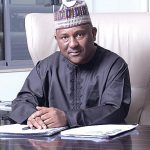 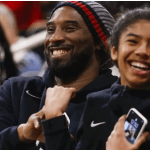