Congolese migrants and officials said dozens of people were killed this month in neighboring Angola in a crackdown on artisanal diamond mining, an accusation Angolan security forces strongly denied.

Angola, the world’s fifth largest diamond producer, has launched an operation in recent weeks to clear tens of thousands of people involved in digging for precious stones in the northeast of the country in order to attract more private investment.

Many of them are from neighboring Democratic Republic of Congo (DRC), and hundreds of thousands of people have poured over the border into the Kasai region, border guards there told Reuters.

In interviews with Reuters, more than 20 Congolese migrants who crossed the border between October 4-12 described violence, looting and forced displacement by Angolan security forces as well as a local tribe called the Tshokwe.

The worse of the violence, they said, occurred in the town of Lucapa, located some 100 km south of the border with DRC in the heart of the diamond-rich Lunda Norte province.

Angolan security forces stormed the town, according to 15 witnesses, killing dozens of people, burning down homes, looting property and forcing people to leave. Some of those people were legally residing in Angola, the witnesses added.

“There was a lot of violence in Lucapa. The military was shooting at us while Tshowke were killing people with machetes. They jointly killed more than a dozen people,” said Victor Tshambapoko, 28, who worked as a diamond digger in the region.

Angolan Police Commissioner Antonio Bernardo, spokesman for the operation, denied there had been rights abuses by security forces, and said the only fatality he knew of was in a traffic accident.

“We have no record of any burning of homes, much less reprisals and or assaults on anyone,” he told Reuters.

“Angola and its government appeals to the common sense of the international community to realize that there is no underlying xenophobia, but only the legitimate normalizing of the socio-economic life of the country and national security.”

Amadhou Kabaseke Taty, Kasai’s provincial director of the Congolese border agency (DGM) told Reuters that he believed there had been “serious violations of human rights” during the Angolan operation.

“I am worried about the situation,” he said. “Congolese people have been expelled in degrading conditions. They have been molested, beaten and killed, especially in Lucapa, by the Angolan military

Many carried household belongings on their head, including plastic chairs, mattresses, animals and even ovens. Some said they also had diamonds in their possession. 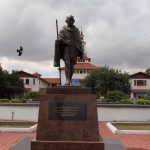 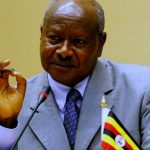