Bat consumption is still a vibrant culture among Congolese despite numerous warnings by health practitioners against the practice.

Several homes do serve bats, also locally known as “ngembo” in lingala language, as part of their meals.

The process of preparing a bat is not hectic as elaborated by one of the consumers.

“We start by cutting its wings after burning the hair in the fire. It is then cleaned with warm water, then cut into 2 and everything is put into the pot in which we add a little salt, oil and other ingredients, “ Emilienne Mangongo told Africanews correspondent Rosie Pioth in Brazzaville.

After one hour of cooking, someone has to taste just to be sure if it’s delicious enough to be served. It is then served with cooked cassava.

Several health practitioners have warned against dangers of consuming bat meat. They have consistently claimed that bats can act as hosts to Ebola virus.

“Today, we can say that a bat is a frugivore. A bat can keep a certain number of viruses, today the most dangerous virus is the Ebola. So bat’s meat can contain this virus and therefore transmit it to human,’‘ explained Josaphat Depaget, a nutritionist in Brazzaville.

‘‘You have a very delicious meat, which is very good but by consuming it, you have the risks of being contaminated with the Ebola virus. Therefore, it is not good for consumption.”

Cheap and highly appreciated for its meat, the debate on the consumption of bat meat is still raging in Congo. Those who defend it see it as a source of nutrition, while others see it as a contaminant. 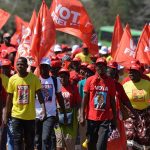 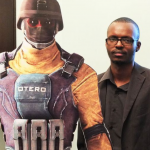