A Congolese woman who refused an Ebola vaccination and then disappeared has died of the virus near the heavily traveled border with Uganda, which is preparing to begin vaccinations as needed. 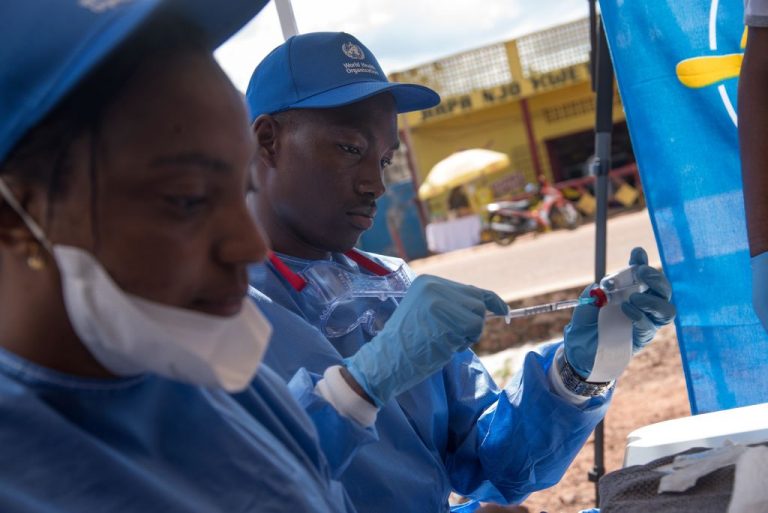 The confirmed Ebola death announced by local authorities highlights the challenges health workers are facing in a region of northeastern Congo that had never experienced an outbreak of the hemorrhagic fever before. Authorities have fought rumors and trained community members including traditional healers in efforts to calm and educate nervous residents.

The 32-year-old woman had assisted in the burials of other Ebola victims and health workers had followed her as a possible case, but she refused a vaccination and disappeared from the city of Beni, said the vice governor of Ituri Province, Pacifique Keta.

She died on Thursday at a hospital in Tshomia, on Lake Albert.

It is the closest a confirmed Ebola death in the current outbreak has been to Uganda, which has said it was making arrangements with the World Health Organization to vaccinate health workers and other high-risk populations as needed. Three thousand vaccine doses will be imported.

Congo’s health ministry said that as of Friday there have been 116 confirmed cases, including 68 deaths, of Ebola in the outbreak that was declared on Aug. 1. More than 10,000 people have been vaccinated.

Ebola monitoring has been taking place at the border and Uganda is considered what WHO calls “very high risk.”

“To date, health workers in Uganda have responded to over 100 Ebola alerts that have been found to be negative for the Ebola virus,” WHO’s country office there has said.

The U.N. health agency has not recommended travel restrictions.