Previous Next
Democratic Republic of Congo president, Joseph Kabila today Tuesday, February 9, presented the country’s African Nations Championship (CHAN) winners with a fleet of high-end Toyota Prado.
Kabila handed over the keys to the cars to DR Congo captain Joel Kimwaki and coach Florent Ibenge at a ceremony in Kinshasa witnessed by an AFP journalist.
Kimwali led his team to a one-sided 3-0 defeat of Mali in Sunday’s final in Kigali, Rwanda.
The players and officials were decorated with Sporting Merit medals at a reception held at the presidential palace.
“May this trophy serve to forge peace and stability in our country,” Kabila said. DR Congo became the first country to win the CHAN, which is reserved for players who play in the national leagues, twice after success in the inaugural competition in 2009. 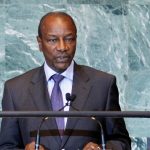 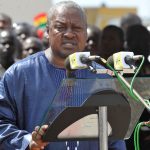