I am a young woman of 28 years, mother of an adorable girl of 3 years and wife of a wonderful man. here’s my problem, I met my husband in sixth form I was 17 and he 22 years. By the grace of God we both had had our exams !! then he went to Europe to continue his studies. 05 years later, my husband came to the country to settle and we made 02 years before marriage. All was well until last June when my girlfriend came to live with us (She’s a friend from college we attended a ISTDI and we created the whatsapp group of former students).

She asked for whatsapp, if I can host some time since she lost her job and has difficulty paying the rent, I accepted with the agreement of my husband of course. so I had company at home and I was no longer isolated in the evening waiting for my husband. She suddenly aroused my curiosity, wondering why since my husband does not return to the correct time, I do not ask me questions? I replied that it is work. She said he should investigate, yes its late returns did not worry me because it never returned to 23h. Even though it rather came home, he was still working at home until late at night. Therefore selon.lui he preferred to finish work and come home to spend a little of his time. But the suspicions of my girlfriend, I began to search his mail, his wasap and facebook because he gave me his password, but I had never used. While my girlfriend and I have not seen a suspicious message, we continued to check his mail facebook. One day my girlfriend found a suspicious message from his ex. He coldly replied that he was married and he has the fear of GOD !! So I propose to my girlfriend to seduce him, which she accepted. So I fired my cleaning girl in January. I told my girlfriend to wear the type of clothing colors that excite my husband and dress lightly. Thing she did and my husband began to find her dressing style moved, and I took the defense of my girlfriend.

I authorized to invite my husband, or flirt openly, something she has done and my husband always told me about it, saying he needs to leave, but did not give me the reason. Obviously, I knew the reason. My husband decided to find him a room not in the same neighborhood and suggested he let his son home. I asked my girlfriend to stop his game because my husband did not fall into his trap. I also told him to continue his life as quietly praising his room my husband paid a year’s rent. She had found work in the meantime. My message fell into the deaf ears … because she continued her seduction number. About two weeks ago, she called me and told me she’s pregnant and that the father is my husband. 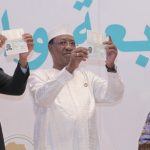 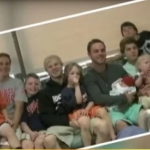