Comedian Steve Harvey is bringing the hit game show Family Feud to Africa. Harvey has bought the rights to remake the show in South Africa and Ghana from production and distribution company Fremantle.

The deal will see Harvey take charge of the project through his company, Steve Harvey Global. Rapid Blue, Fremantle’s local production partner in the region, will produce the shows.

Harvey was ecstatic about the deal. “Bringing Family Feud to Africa has long been a dream of mine. I believe Family Feud will become a household name for local South African and Ghanaian families,” he said.

In his remarks, Duncan Irvine, CEO of Rapid Blue stated, “Family is the cornerstone of life in South Africa and Ghana. We are confident that we will see some wonderful families take part. Both seasons will resonate well with audiences here.”

Family Feud is an American game show where two families compete against each other to guess the most popular responses to survey questions to win a grand prize of $20,000. It launched in the US in 1976. Since then it aired in more than 70 other countries including the African countries Algeria and Tunisia. Harvey has been the host of the American show since 2010. 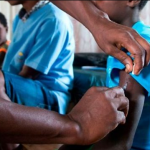 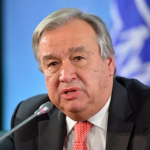