This comes after the ministry of education reviewed its curriculum to include the language among the foreign languages taught in the country.

While celebrating five years of the Confucius Institute at the University of Makerere in Uganda’ capital Kampala, a representative from the Ugandan government confirmed that teachers who have been studying extensively at the institute for nine months, will be tasked with the responsibility of teaching the language to Ugandan students.

The minister in charge of General duties in the office of the Prime Minister of Uganda, Mary Okurut said, that this is a great opportunity for the country to export some of its human resource to the Asian continent for opportunities as a direct benefit of these studies.

At least 30 teachers who were picked from various secondary schools in the country and embarked on a journey to study the language graduated from the institution on Saturday.

The director of the Confucius institute at Makerere, Xia Zhuoqiong said they have introduced a bachelors degree in Chinese and Asian studies.

“We also have some scholarship opportunities for selected students who will have a chance to travel to China and further their studies,”She noted.

Emilly Arishaba one of those who graduated and a teacher of Kiswahili in a secondary school in Western Uganda said “I am happy that apart from being a Kiswahili teacher, I have added another foreign language to my stable,the Chinese language.I am looking forward to 2020 to be among the pioneer teachers of this language in Uganda.”

According to the Chinese ambassador to Uganda, Zheng Zhuqiang, the initiative is part of efforts to improve relations and integration between China and Uganda.He encouraged more Ugandans to come on board and learn both the Chinese language and the culture.

Uganda’s official language is English while its national language is Luganda.However Kiswahili is now compulsory in secondary schools after it was adopted by the East Africa Community. 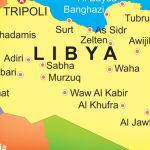 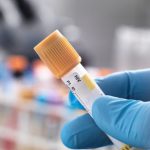