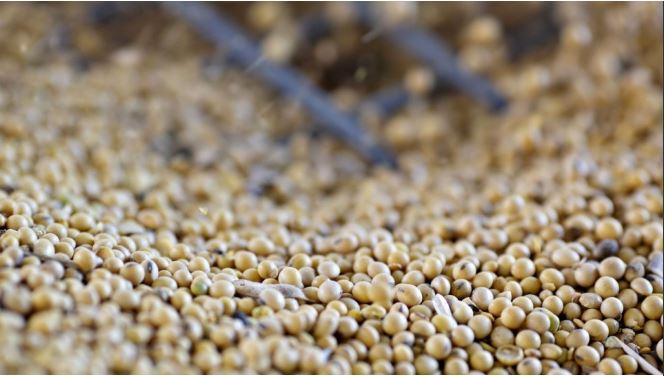 The discovery occurred during inspections at a major Chinese animal feed maker, prompted by a new outbreak of African swine fever on the weekend at a pig farm in Anhui province, southeast China, which ended a run of six weeks without incident.

On Sunday the major Chinese animal feed maker Tangrenshen Group reported the disease had been found in samples provided by its 51 per cent-owned subsidiary, Bili Meiyingwei Nutrition Feedstuff.

In a statement to the Shenzhen Stock Exchange the company said the origin of the contamination remained unclear and the matter was still under investigation.

The discovery increases concerns for pig farmers trying to avoid the disease. It also raises the economic pressure on feed manufacturers already struggling with low margins and slowing demand.

Small pig farms in Anhui have been ravaged by African swine fever but authorities had recently lifted restrictions in four cities there after no new cases were reported.

The latest outbreak was discovered on a farm with 8,339 pigs in Qingyang county in the south of the province.

China has struggled to stem the rapid spread of African swine fever, which has now reached most of the country’s pig-farming regions. The country produces almost 700 million pigs a year, or about half of the world’s total.

Beijing earlier said many of the cases in Anhui were caused by feeding kitchen waste to pigs that was not properly processed to kill the virus.

However, many industry experts have long suspected feed supplies could be contaminated with the disease.

African swine fever, which cannot be cured and has no vaccine, is known to survive for weeks in feed ingredients like soymeal.

“I think buyers will be quite worried about purchasing feed from similar subsidiaries,” said Pan Chenjun, senior analyst at Rabobank.

She added that major pig producers were already worried about how to verify the safety of their feed supplies.

“If there’s any contamination, it’s very difficult to control,” she said.

Tangrenshen relies on animal feed for most of its income, reporting 2017 feed sales of 12.6 billion yuan (US$1.81 billion). Like many Chinese feed companies, it has recently moved into pig farming and processing.

The company said the impact on its operations would be “relatively small”, with Bili Meiyingwei accounting for only 2.27 per cent of the group’s net profit in the first nine months of 2018.