Chimamanda Ngozi Adichie is truly unstoppable. Barely a week after receiving the respected 2018 PEN Pinter Prize in London, it has been announced that the Nigerian author and famed self-proclaimed “unapologetic feminist”, is the 2019 Ev Rogers Award  honouree  for “reframing the discourse on race, gender and identity.”

As a PEN Pinter winner, Adichie also handed out last year’s International Writer of Courage title to Waleed Abulkhair, a Saudi writer and human rights activist who has been in prison for 4 years, serving 15 year sentence for “political incitement”

After London Chimamanda travelled to German for the Frankfurt Book Fair, at which she gave a fiery speech which once again as her trademark, highlighted the importance of free speech and standing up against the abuse of women.

And in what some observers say was a veiled reference to US judge Brett Kavanaugh´s controversial confirmation to the Supreme Court despite accusations of sexual misconduct, Chimamanda did not mince her words:

She went one further: “The world is shifting, it´s changing. It´s darkening…The most powerful country in the world today feels like a feudal court, full of intrigues feeding on mendacity, drowning in its own hubris.We must know what is true. We must say what is true. And we must call a lie a lie.”

Meanwhile, presented since 2007 on behalf of the University of Southern California’s Annenberg School for Communication and Journalism by the school’s Norman Lear Center, the Ev Rogers Award honours the late USC Annenberg professor Everett M. Rogers, whose Diffusion of Innovations is the second-most cited book in the social sciences. Chimamanda will receive the award and speak at USC Annenberg on 7 February next year.

“Her singular voice and her power to inspire made Chimamanda Adichie the unanimous choice for the 2019 Rogers Award ,” said USC Annenberg School Dean Willow Bay. Adds USC Annenberg professor and Norman Lear Center director Martin Kaplan, “Her visit to our school will continue the global conversation about race, gender and identity to which she’s contributed so eloquently…Ev Rogers showed how storytelling could be a catalyst for empowerment and development… Chimamanda Adichie’s work carries that insight worldwide.”

Chimamanda’s work has been translated into over thirty languages, including novels  such as Purple Hibiscus, for which she has won the Commonwealth Writers’ Prize a; Half of a Yellow Sun, which won the Orange Prize, and Americanah, which won the National Book Critics Circle Award and was named one of The New York Times Top Ten Best Books of 2013. She is also the author of the story collection The Thing Around Your Neck and her 2009 TED Talk, The Danger of A Single Story, is now one of the most-viewed TED Talks of all time. Her 2012 talk We Should All Be Feminists  propelled her into further fame and helped root global conversation about feminism. Her most recent book, Dear Ijeawele, or a Feminist Manifesto in Fifteen Suggestions, was published in March 2017.

There is no stopping the unstoppable Ms Adichie. 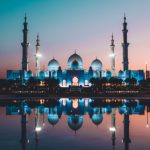 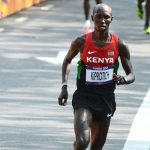