The Ministry of Labour, Youth, Sports and Manpower Development says cases of child labor remain a widespread challenge in the country as many children are being employed at a tender age to work in different sectors.

Deputy Labour Commissioner in the Ministry, Wafwire Musukwa made the remarks on Monday at a press briefing which was held at the Ministry of Labour, Youth, Sports and Manpower Development offices at the Capital Hill in Lilongwe.

He said children are being engaged in working sectors where they are abused with a lot of work above their ages and noting this is putting the children at risk of injuries and attaining occupational diseases.

Musukwa said in 2015, Malawi National Child Labour Survey revealed that 38 percent or 2.1 million children aged between 5 to 7 years are occupied in child labour; he said the children are engaged in these practices due to low levels of education and immaturity in reasoning.

According to him, the Ministry of Labour has engaged in awareness campaign aimed to curb the predicament; however, he said there is a need to double efforts in implementation of interventions in order to achieve the global goal of eliminating child labour by 2025 which is set out in the Sustainable Development Goals.

He urged stakeholders and the general public to take part in the fight against child labour and help promote safety and health in work places in the country.

“It is our call to the stakeholders and the general public to join the government in the fight against child labour and also to promote safety and health of children within their environments including the workplaces in the areas of young workers of legal working age,” he called.

In his statement Secretary for Labour Youth Sports and Manpower Development, Joseph Mwandidya said Government has put in place necessary legal and policy frameworks to support the elimination of child labour in the country which include the enactment of the Employment Act and the Child Care, Protection and Justice Act. 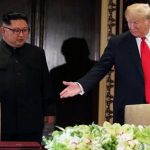 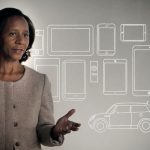