Antonio Rüdiger donated $ 100,000 to the Sierra Leonean government’s free education project. The Chelsea star said the donation is part of his contribution to the development of his parents’ country.

He made this donation during his meeting with President Julius Maada Bio in London, on the sidelines of the investment summit between the United Kingdom and Africa.

Rüdiger said it’s his modest contribution to the president’s flagship project, which aims to support more than two million children in primary and secondary schools across the country.

He further stressed the importance of education for the development of a nation’s human capital, adding that it is the foundation of any national development.

“Sierra Leone is my country. I’m not the type to talk, I’m the type to act. You can count on us and don’t hesitate. We are here to support your vision and your program, especially in education. I am ready to take my responsibilities to change the narrative and the image of Sierra Leone, ” he said.

The German international assured the President that he was committed to supporting the efforts of his government to give a new image to this country rich in natural resources and endowed with enormous investment potential. 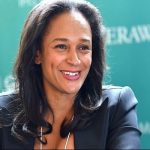 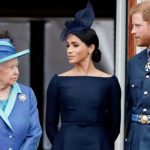