They were mothers, sisters, daughters, and wives. But above all these women were warriors. All across time, and all around the globe, they brandished swords and guns, fought battles, and faced off with royalty. Though outnumbered by their bands of brothers in battle, these fearsome female fighters have each made an indelible mark on history.

1. ARTEMISIA I OF CARIA

Named after the Goddess of the Hunt (Artemis), Artemisia was the 5th century BCE Queen of Halicarnassus, a kingdom that exists in modern-day Turkey. However, she was best known as a naval commander and ally of Xerxes, the King of Persia, in his invasion of the Greek city-states. (Yes, like in the action movie 300: Rise of an Empire.)

She made her mark on history in the Battle of Salamis, where the fleet she commanded was deemed the best against the Greeks. Greek historian Herodotus wrote of her heroics on this battlefield of the sea, painting her as a warrior who was decisive and incredibly intelligent in her strategies. This included a ruthless sense of self-preservation. With a Greek vessel bearing down on her ship, Artemisia intentionally steered into another Persian vessel to trick the Greeks into believing she was one of them. It worked. The Greeks left her be. The Persian ship sank. Watching from the shore, Xerxes saw the collision and believed Artemisia had sunk a Greek enemy, not one of his own.

For all of this, her death was not one recorded in a great battle, but in a sexist legend. It’s said that Artemisia fell hard for a man, who ignored her to his detriment. Blinded by love, she blinded him in his sleep. Yet even with him disfigured, her passion for him burned. To cure herself, she set to leap from a tall rock in Leucas, Greece, which was believed to break the bonds of love. Instead, it broke Artemisia’s neck. She’s said to be buried nearby.

Not just a legendary female warrior but also a Roman Catholic saint, Joan was but a girl when visions of the Archangel Michael drove her to approach the military of France’s King Charles VII and offer to assist in his efforts to expel the occupying English in the later days of the Hundred Years’ War. Though initially mocked by these men and soldiers, Joan was taken seriously once her influence ended the Siege of Orleans in nine days.

By age 17, she played a key role in commanding France’s army, and her forte in the military seemed to be for strategy over slaying. The French owed much to Joan, and yet it was the Burgundians, Frenchmen loyal to England, that led to her demise. She was captured in 1430 and, despite several escape attempts and rescue efforts, Joan was put on trial by the English for heresy and cross-dressing. Her visions were now derided, and her armor called an atrocity. She was convicted, sentenced to death, and burned alive at the stake.

Even after her death, her strategies are said to have influenced the French battle model. More than 25 years later, the Catholic Church revisited Joan’s trial for heresy, overturning the charges against her in a case of too little too late. It would be more than 460 years before Pope Benedict XV declared Joan a saint.

Though described as the “Vietnamese Joan of Arc,” Triệu Thị Trinh predated the French heroine by more than 1200 years. At 20 years old, Triệu (a.k.a. Lady Triệu) raised a following 1,000 strong, and urged her fellow Vietnamese to rebel against the Chinese forces that sought to conquer their homeland in the 3rd century. Her brother tried to dissuade her from revolt, but Triệu’s response was as fearsome as she was on the battlefield. She retorted, “I only want to ride the wind and walk the waves, slay the big whales of the Eastern sea, clean up frontiers, and save the people from drowning. Why should I imitate others, bow my head, stoop over and be a slave? Why resign myself to menial housework?” From there, her brother joined her army.

Triệu cut a grand figure on the field, carrying two swords and wearing bright yellow robes while she rode a war-elephant. After liberating her territory and beating the Chinese back in 30 advances, she lost the war, and is believed to have committed suicide by 23. Despite this dark end, her legacy lives on. Stories of her suggest that she had a voice that sounded loud as a temple bell, and that she was 9 feet tall with breasts that were 3 feet long. These tall tales speak to the incredible presence this young woman, who inspired people past and present, possessed.

Her power to inspire is easy to imagine, considering her gift for words. Here’s another gem of a Triệu quote: “I’d like to ride storms, kill sharks in the open sea, drive out the aggressors, reconquer the country, undo the ties of serfdom, and never bend my back to be the concubine of whatever man.”

One of the only known onna-bugeisha (female samurais) in Japan’s history, Takeko was educated in literary and martial arts before distinguishing herself in the Boshin War, a Japanese civil war that lasted from January 3rd 1868 to May 18th, 1869.

In the Battle of Aizu in the fall of 1868, she and other females who chose to fight were not recognized as an official part of the Aizu army. Nonetheless, Takeko led her peers in a unit that was later dubbed Jōshitai, which translates to the “Women’s Army.” Her weapon of choice was the naginta, a Japanese pole arm. But while it helped her earn glory, it would not safeguard her through the war.

Takeko was shot in the chest while leading a charge against the Imperial Japanese Army of the Ogaki domain. Fearing that her enemies would defile her body and make her head a gruesome war trophy, she asked her sister to cut it off and bury it. This was her final wish, and her head was subsequently buried beneath a pine tree at the Hōkai-ji Temple in modern-day Fukushima. Today, a monument to her stands nearby, where girls come each year to honor her and her Women’s Army during the Aizu Autumn Festival.

The most famous onna-bugeisha, however, pre-dated Takeko by about 700 years. Her name was Tomoe. Gozen was a title of respect bestowed on her by her master, shogun Minamoto no Yoshinaka. She fought alongside male samurais in the Genpei War, which lasted from 1180 to 1185. While a woman fighting among men was highly unusual, it seems Yoshinaka’s high esteem for Tomoe and her fighting skills overcame prejudice.

In the history tome The Tale of Heike, Tomoe was described as “a remarkably strong archer, and as a swordswoman she was a warrior worth a thousand, ready to confront a demon or a god, mounted or on foot.” She was also said to be beautiful, fearless, and respected.

Her hobbies included riding wild horses down intimidatingly steep hills. She regularly led men into battle and to victory. Her last was the Battle of Awazu, where Minamoto no Yoshinaka was killed. Tomoe escaped her enemies there, and gave up her sword and bowed to retirement. From there, some say she married. Years later, when her husband died, it’s believed Tomoe became a nun.

As wife of the king of the Celtic tribe Iceni, Boudicca was a queen—but it was widowhood that made her a warrior. Her husband Prasutagus’s will demanded that his kingdom be given jointly to his daughters and his ally, the Roman emperor. However Rome only recognized a son’s right to inherit. So, upon Prasutagus’s death, Rome not only invaded, but tortured Boudicca tortured and raped her daughters. This would not stand.

Around 60 A.D., Boudicca called on her tribe as well as others to unite and push Rome out of their lands. With 100,000 at her command, Boudica toppled the Roman Capitol of Britain,Camulodunum (modern-day Colchester). From there, she rode her troops down through Londinium (London) and Verulamium (St. Albans), destroying cities and slaughtering between 70,000 and 80,000. Her victories forced Emperor Nero to consider pulling out of Britain completely. However, a Roman defeat of Boudicca’s forces turned the tide. What became of her after this loss is a matter of debate. There’s no record of her capture, so it is believed she died either by illness or suicide.

Despite the destruction she wrought there, Boudicca is still remembered favorably in London thanks to a resurgence of her legend in the Victorian era. In 1902, a bronze statue calledBoadicea and Her Daughters was erected at the western side of Westminster Bridge. It shows this warrior queen riding a chariot into battle, pulled by two horses. Her daughters are on board beside her, as her arm reaches high into the air, her fist clutching a mighty spear. The front plinth reads: “Boadicea, Boudicca, Queen of the Iceni who died AD 61 after leading her people against the Roman invader.”

For all those riled that she was left off our list of female pirates, let me make amends by sharing the story of the 16th century warrior woman/Irish pirate Queen also known as Gráinne Mhaol, a nickname derived from a tale of teenaged rebellion. When her mother refused to let Grace set sail with her father, claiming the girl’s long hair would get tangled in their ropes, the firebrand promptly chopped off her locks, earning passage on the voyage as well as the name that translates roughly to “bald.” This bold woman ruled over the Umaill kingdom of Ireland, being chieftain of the Ó Máille clan after her father. The ships she likewise inherited, she used for piracy.

Grace and her crews would board vessels that dared come too close to her shores or ships, and from them she’d take what she called a “tax” for passage. Resistance to pay would result in violence or death. She was said to be so fearsome that even the day after birthing a child upon her ship, she took up arms to defend it, scolding her men, “May you be seven times worse this day twelvemonth, who cannot do without me for one day!”

Yet Grace’s greatest showdown was against Queen Elizabeth I. At a time when chieftains’ power was being trounced by this monarch, a chieftain had the audacity to write to her directly demanding she be free to continue her piracy, as long as it was against the enemies of England. Soon letters led to the willful Grace sailing to England for a fateful face-to-face meeting that resulted in the queen releasing the pirate queen’s captured son and brother, as well as returning properties confiscated by English forces. But above all, Elizabeth granted Grace permission to “fight in our quarrel with all the world.” And she did until her retirement to Rockfleet Castle roundabouts 1603. 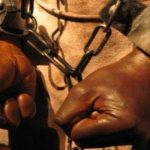 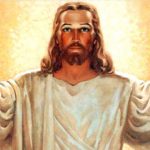