Search
Menu
Search
As a result of being good at their different endeavors these celebrities have gained power, fame, fortune and respect. They are widely loved across Africa.
8. Omotola Jalade Ekeinde
Omotola Jalade Ekeinde is a Nigerian actress, singer, philanthropist and former model of an Ondo descent from Lagos, Nigeria.

Since her Nollywood film debut in 1995, the leading actress has appeared in 300 films, selling millions of video copies. She was also listed in TIME 100 world celebrities in 2014.

Popularly known as the ‘Princess of Africa’, Yvonne, 46, is one of the most common faces in the South African music industry.

During the fight against apartheid, the young Yvonne was an important figure in the struggle as she always advocated for equality for all through her lyrics.

She has won several Grammy Awards for her music. At the moment, she is the Goodwill ambassador for UN there.

Salif is highly regarded in Mali for two major things. First, he is a direct descendant of the founder of the Mali Empire known as Sundiata Keita. Second, he is among the musicians that pioneered Afro-pop.

However, the 62 year old musician started to encounter his fare share of troubles after being labeled as an outcast in the village, for suffering from Albinism.

ALSO READ:  Meet Nantenin Keïta, An Athlete And The Daughter of the Music Star Salif Keita: "Do what you want to do, despite the handicap"

He has been a major figure in the fight against stigma normally associated to albinos worldwide.

Loading...
Aspiring and established playwrights in Africa have Wole Soyinka to thank for putting them on the map.

The 80 year old author was the first in Africa to be awarded the Nobel PRIZE in Literature, in 1986. He has published more than 20 plays and books with the most notable of his works being The Strong Breed.

Although a resident of the US now, Akon really cherishes and embraces his Senegalese roots. The 38 year old musician and entrepreneur has released 3 albums that have all sold platinum.

He is highly regarded in the Hip Hop world and has helped other musicians, like Lady Gaga, make their breakthrough as well. He owns Konvict Record Label, Konvict Clothing, and Konfidence Foundation.

Angelique deserves a spot when African divas are being mentioned. Her silky voice has won several Grammy Awards and she has even collaborated with several other US artists such as Carlos Santana and Alicia keys.

The 51 year old musician consistently fights for African women’s rights and is currently the Goodwill ambassador for UNICEF.

Drogba has won the admiration of football fans worldwide. The 33 year old Chelsea striker demonstrates strength in leadership both on and off the pitch.

This is because he played a crucial role in ending civil wars in Cote D’Ivoire, in 2006. In addition, he also donated $5 million, which he received from an endorsement deal, for building a hospital in Abidjan, which is his hometown.

He is one of the living legends from Africa who can compete with international icons like Beyonce, Sting, Tracy Chapman, and Lady Gaga. The 59 year old musician played a pivotal role in popularizing a traditional West African musical style known as Mbalax.

He normally fuses rock, pop and other genres from the region to create his unique style. Currently, he is an ambassador of UNICEF. 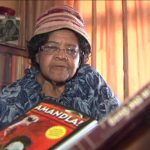 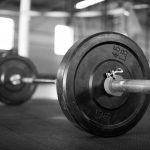