Every year, since 2007, the Institute for Economics and Peace releases an index of the most peaceful countries in the world called the Global Peace Index (GPI), the world’s leading measure of global peacefulness.

The GPI presents the most comprehensive data-driven analysis of trends in peace, its economic value, and how to develop peaceful societies.

It uses 23 indicators and measures the state of peace using three thematic domains: the level of Societal Safety and Security; the extent of Ongoing Domestic and International Conflict; and the degree of Militarisation.

The 2018 Global Peace Index released in June found that the global level of peace has deteriorated for the fourth successive year as only 71 countries improved out of 163 countries. 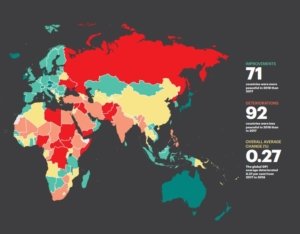 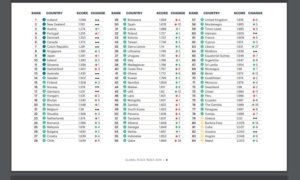 Meanwhile, the top ten most peaceful countries in the Sub-Saharan African region were found to be more peaceful than the about a third of Europe including the United Kingdom; and the United States of America. 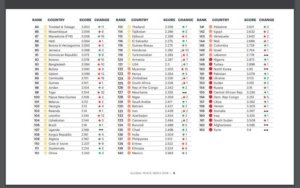 The UK’s peace deteriorated over the year ranking them at 57 globally while the United States ranked at 121 in the world. 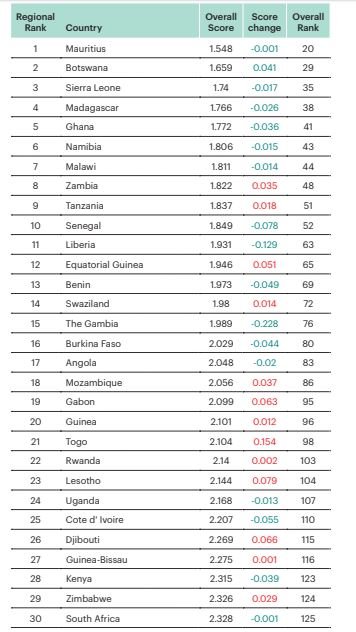 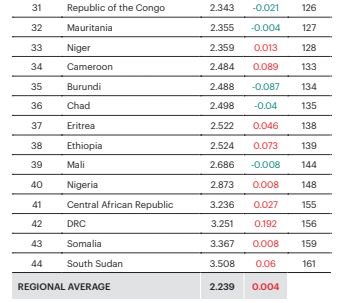