Chaka Khan, born Yvette Marie Stevens to a strict Catholic mother and a beatnik father, had various influences in her life. When her father got married a second time to a civil rights activist, she was encouraged to be vocal and by 14, she had been recruited by the Black Panthers.

“I was a kid, so they really just had me selling the Panther paper on the corner, barefoot in jeans,” she noted. However, when she was given a gun, she was uneasy around it and felt physically sick so threw it away into Botany’s Pond by Chicago University, ending her union with the Panthers.

Khan took to music performing with a succession of bands in the clubs around Chicago’s Rush Street before landing a gig with a racially mixed funk band called Rufus. To have a black lady as lead vocal backed by a white band was major and caught the eye easily given Chicago’s racist backdrop.

ALSO READ:  Grammy Award Winner, Brandy Reveals Why She And Other Celebrities Like Lying

Khan would prove her strong will when, as a 17-year-old, she married her boyfriend lying to her parents that she was pregnant after her mother refused to sign a recording contract offered because she was still legally a child. With her powerful voice and raw stage presence, she secured her first hit with 1974’s Stevie Wonder-penned Tell Me Something Good.

She was the first R&B artist to have a crossover hit featuring a rapper with “I Feel for You” in 1984. Khan is a 10-time Grammy winner and selling an estimated 70 million records worldwide.

Despite six gold or platinum albums in five years, and 25 hit singles on the US R&B chart, Rufus had issues, including endless line-up changes, fistfights in the studio as well as problems with managers.

“They didn’t want me to have a husband,” she said. “When the band first went on tour, every night, after a gig, they would all do a walk-through of my room to make sure I was by myself. They didn’t care who it was – no one could come and visit me. They were just very possessive of their little diamond.”

Eventually, Khan struck out on her own, scoring an immediate hit with the Ashford & Simpson-penned I’m Every Woman. She made a succession of wonderful albums spanning jazz, funk and disco elements.

Despite the musical success, Khan struggled with addiction to cocaine, heroin and alcohol for most of her adult life. Her good fortune though is that she knew when to abstain after binging as she was health-conscious. She learned this during her with the Panthers where, together with her girlfriends, took herbs as well as fasted one week out of every month.

“So there were certain other habits I got that I never did stop. It was the healthy living that brought me through drugs alive, I’m sure of it. I would get massively fucked-up for a couple of weeks and then I’d take, like, a herbal shut-down where I’d stop and just go on plants. So that helped me a lot,” she said.

Khan as a songwriter, author, actor, philanthropist, entrepreneur and activist, has influenced generations of recording artists and is able to sing in seven music genres, including R&B, pop, rock, gospel, country, world music and classical. 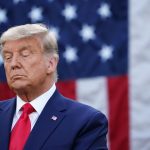