The brother of Chadwick Boseman is siding with Black Panther fans who want Marvel to recast their beloved King T’Challa. In an interview with TMZ, Chadwick’s older brother, Derrick Boseman, said the deceased actor would totally be in support of another actor taking up the superhero role he made famous.

Following Chadwick’s unfortunate death in 2020 after a battle with colon cancer, Marvel announced it was not going to recast King T’Challa for the Black Panther sequel. But in the recent interview, Derrick said Chadwick would have approved a King T’Challa recast as his late brother felt the character was much bigger than just him.

Derrick said Chadwick was well aware of the overwhelmingly positive influence and power the character yielded, so Marvel killing that role in the wake of his brother’s death would seemingly strip Black children of a role model.

Derrick also told TMZ that with Black children not being exposed to many positive influences, Marvel has the opportunity to play its part in filling that void by recasting King T’Challa – a character he sees as a “symbol of Black people’s potential.”

And though Derrick clarified that Chadwick never stated he wanted the character he once played recast, he said he’s sure his late brother would approve bringing King T’Challa back to the Marvel Cinematic Universe.

Chadwick’s brother isn’t the only person who wants Marvel to recast T’Challa. A petition that has been launched by Marvel fans asking franchise officials to “recast King T’Challa to honor Chadwick in the Black Panther franchise” has received over 44,000 signatures, Independent reported.

“If Marvel Studios removes T’Challa, it would be at the expense of the audiences (especially Black boys and men) who saw themselves in him,” the petition states. “That also includes the millions of fans who were inspired by the character as well. The number one way to kill a legend, is to stop telling their story.”

“#RecastTChalla is not a call to replace Chadwick Boseman. (No one could ever do that.) It is not asking for an immediate replacement either. Nor is this calling for the prevention of other characters to take up the mantle of Black Panther like Shuri or anyone else,” the petition adds. “This petition is merely asking to continue the portrayal of T’Challa in the MCU. #RecastTChalla is a call to fulfill the role that Chadwick Boseman worked so hard for the world to see.” 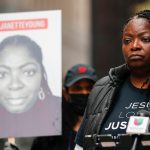 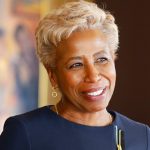