Rapper Cardi B revealed she had been hospitalised with stomach pains after suffering for four days.

The 27-year-old mum-of-one shared a photo of herself in hospital wearing a face mask.

In the post, which she has now deleted, Cardi wrote: “Honestly, cause I been having some real bad stomach problems for four days, I went to the ER last night”, alongside a crying face emoji.

But she reassured her fans: “I am feeling way better, hopefully, tomorrow I will feel no more pain.”

She did not give any further information on what caused her condition but had recently posted a video which went viral, warning her fans that coronavirus was serious.

Taking to her Instagram Live, she also urged her fans and followers to stop being xenophobic when it comes to the spread of the highly contagious disease.

Asking people to stop with the racist jokes, the talented singer insisted that many Asian people are feeling the wrath of angry, uneducated people who are placing all the blame on their part.

“Let’s stop having crazy anger because I’ve been seeing a lot of Asians get beat up and it’s not right”.

Emphasising the dark times we are currently all in, the singer insisted that we should ‘all be one race’ together.

“At a time like this. We need to stop and realise that we are all one race. Let’s all just be one race together”.

She continued: “In the eyes of God, we are all one.

“And the more that we are nicer to each other, the faster God will forgive us, and the faster we will all get cured of this.” 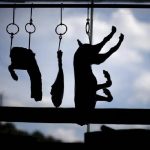 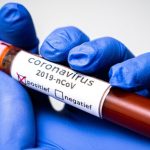