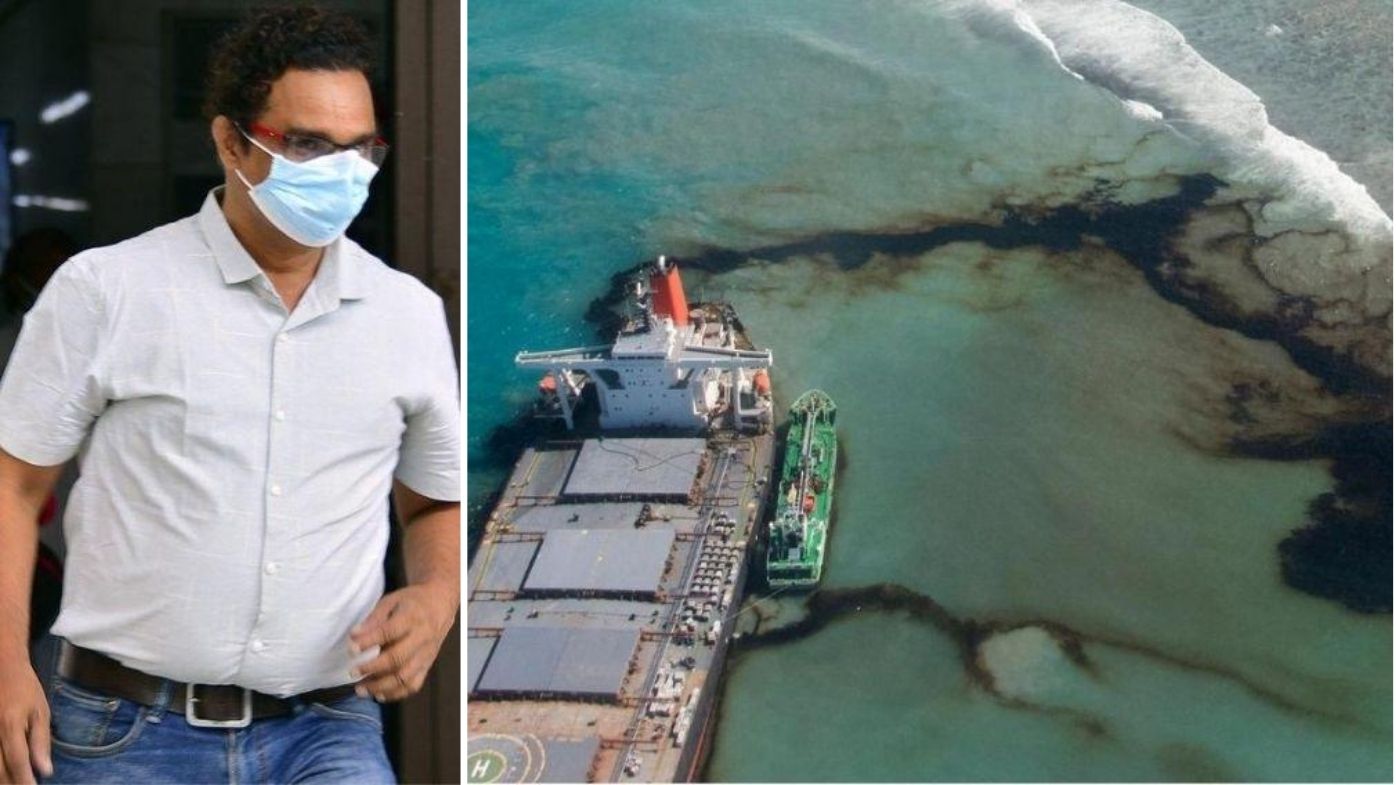 Voice recordings from the ship that spilled hundreds of tonnes of oil off the coast of Mauritius show that the captain had been drinking alcohol, an expert witness has said in court.

Information captured by the Voyage Data Recorder (VDR), which took an audio recording in the MV Wakashio, was revealed in a court in Port Louis on Tuesday.

The MV Wakashio ran aground on a coral reef in July while carrying 4,000 tonnes of fuel oil, causing an ecological emergency.

Capt Sunil Kumar Nandeshwar, a 58-year-old Indian man, was charged with endangering safe navigation. He has not commented on the case.

The VDR expert said in court that the recordings confirmed suspicions of a birthday party little more than an hour before the ship ran aground and that the captain had consumed alcohol.

Capt Nandeshwar was also aware that the depth under the ship was decreasing considerably, the court heard.

The court also heard that the ship’s voice recorder did not record any call with the Mauritius National Coast Guard.

In a press conference on Wednesday, Assistant Superintendent of Police Roshan Kokil gave several hypotheses for the boat’s failure to contact the coast guard, which included the marine radio being off, the ship’s frequency not being on the same frequency as the coast guard, a disconnection of the antenna or a low volume.

Capt Nandeshwar has requested bail, insisting that he has no intention of leaving Mauritius.

“I have a reputation to maintain and I must clear my honour by staying here until the investigation is completed,” he told the Intermediate Court in Port Louis on Tuesday.

“The suspect may ask the three crew members, in this case the second officer, the chief engineer and the cook, to change their version, if he is free,” the police told the magistrate.

“The suspect, as a person familiar with marine routes and a very influential captain, may easily be tempted to leave the Mauritian territory to escape a severe sentence from the court, if he is convicted.”

Magistrate Neeshal Kumar Jugnauth will rule on the bail motion on 20 October.