These engineers built a prototype of the technology in Squamish, Canada, an hour’s drive north of Vancouver.

Basically, the wall will be made up of a stack of cubes, each of which will function in the same way. This means that you could make a wall whatever size you choose in whatever location you choose, simply by adding more “cubes” (think of it as a giant version of a high-tech Lego wall).

How does the prototype work? First, a fan in the “air contactor” sucks in air molecules (only 1 in every 2,500 of which is CO2), which pass through the air contactor and come into contact with carbon-absorbent surfaces. Then the carbon molecules react, becoming a liquid that is eventually hardened into solid carbonate pellets (think: tiny white pebbles made of carbon). And, finally, high temperatures melt those pellets to release pure carbon dioxide, which can be used as fuel.

The most useful result of this technology will be carbon-neutral fuels.

Right now, scientists have built only one prototype unit, which functions in three steps. Photo via Carbon Engineering.

Right now, Carbon Engineering CEO Adrian Corless says that the carbon produced by this technology represents a negative emission. “You’ve taken it out of the atmosphere,” he told Upworthy, “and that’s cool because it could restore balance from a climate point of view.”

And, eventually, you might be able to use the carbon-neutral fuel (produced by the wall) in your vehicle, reducing carbon emissions while keeping the carbon cycle balanced, too.

For now, this is a very cool idea still in its infancy, Corless says.

They have a prototype, but the next step will be to build a pilot plant that produces fuel (one unit can produce 40 million liters of fuel per year!). Corless says that, eventually, he’d like to see a wall of these prototype units erected in Squamish, too.

In the long term, these walls could also be installed anywhere folks have space — in extra fields or even in city parking lots — solving both the carbon problem and the fuel problem for our country.

Are you sold? Check out a video from the engineers themselves to learn more about the prototype and their plans for the future of carbon emissions: 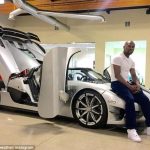 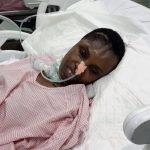