Reacting to the skepticism of the French head of state about the possibility of combining perfect education and high fertility, mothers responded to what they saw as an affront from Emmanuel Macron.

It is on social networks, with the hashtag “#PostcardsforMacron”, that mothers have decided to address the President of the French Republic, following his comments on African fertility, during an intervention on 26 September 2018 .

Introduce me the woman who, being perfectly educated, decided to have 7, 8 or 9 children

Speaking in English at the “GoalKeepers” summit (organized by Bill and Melinda Gates on September 25-26, 2018), this annual event brings together “dynamic leaders of the planet” to “understand the challenges of humanity”. Emmanuel Macron discussed issues related to fertility on the African continent. Evoking the combination of “perfect education” and high fertility, the French head of state did not hide his skepticism: “African fertility is not chosen, as I always say, present me the a woman who, being perfectly educated, decided to have 7, 8 or 9 children, “he told his audience, adding a few minutes later:” I have no problem with women who have 7 or 8 children, once they are educated, if it is their choice,

Some remarks that have not gone unnoticed by some Internet users, especially with mothers of Catholic families on the North American continent, whose reactions continue to flow on social networks.

“I’m a mother with an MBA,” said the woman before explaining, “My children have taught me that there are degrees of education beyond graduation. . “

I’m an MBA mom of 5. My kids have taught me that there are degrees of education beyond degrees.#postcardsforMacron pic.twitter.com/cfXurXutlQ

Lisa Canning, who presents herself as an interior designer in Toronto, sent the following postcard to Macron: “I am an entrepreneur, mother of seven, and I do not regret that choice.”

#PostcardsForMacron I’m an entrepreneurial mom of 7 and I don’t ever regret this choice ❤️❤️❤️ pic.twitter.com/Qsmy5LTsjI

This surfer also sent a picture of her seven children as a “postcard to Macron”. Highlighting her Master of Education (M.Ed), she adds, “These seven [children] are by far my best post-graduate job.”

Here’s another for #postcardsforMacron… UF M.Ed., but these seven are by far my best Post-Grad work. #GaGators pic.twitter.com/IroKTXIeXk

Elizabeth Foss, posing as a mother of nine children, on his side questioned the French president with a picture of his family, saying, “Yes, they are all mine.”

Yes, they’re all mine. And so is my UVa degree. #postcardsforMacron pic.twitter.com/dROzkKq1md

Highlighting her “Ph.D.” and claiming to have been a “promo major,” Angela Franks says she is a teacher and says, “Raising these six kids is the best thing I’ve had the privilege of doing.”

#postcardsforMacron PhD, valedictorian, Phi beta kappa, professor, author, blah, blah, blah. And bringing up these six kiddos is the best thing I've ever been privileged to be part of. pic.twitter.com/a6a4u9UVJT 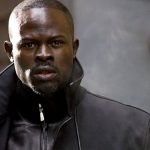 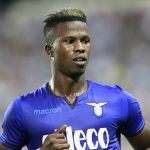