Cameroon President Paul Biya has won the 2018 Presidential Elections by a landslide victory, securing his seventh term in a 36-year rule. 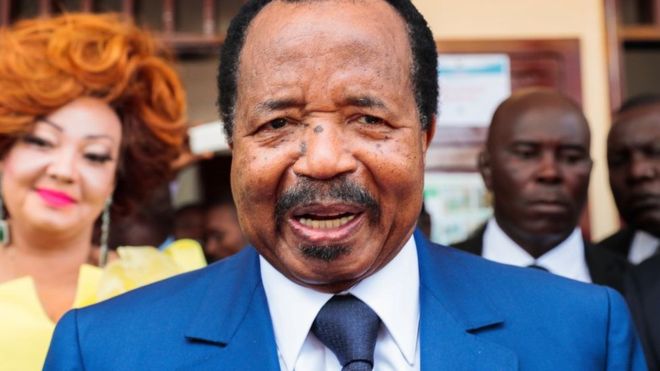 The run up to both the election, and its results, had been marred by confusion and court cases.

One day after the election, candidate Maurice Kamto declared that he had won – forcing the government’s spokesperson to respond and brand him an “extraterrestrial”.

Over the weekend, security forces clamped down on planned opposition protests, arresting journalists and placing prominent politicians under house-arrest.

On Monday, the spokesperson of leading opposition candidate, Maurice Kamto, said the candidate who declared himself winner of the election two weeks ago, would not be attending the proclamation of the results by the Constitutional Council.

Cameroon’s Constitutional Council on Thursday threw out the remaining two poll petitions that it had admitted from a pool of 18 seeking partial or total cancellation of the October 7 presidential elections.

The two were filed by main opposition Social Democratic Front, SDF and the Cameroon Renaissance Movement, CRM, led by ex-Biya appointee, Maurice Kamto. Osih had decried what he described as a state of apartheid in English-speaking regions, where most people could not cast votes due to insecurity.

In the build-up to the elections, a number of issues threatened to overshadow the day itself, from regional instability in the Anglophone Northwest and Southwest regions, to talks of social media blackouts.

The opposition also launched a last minute bid to create a coalition to take on the ruling party, however details of the coalition itself were kept vague.

With this context surrounding the polls, the day itself got off to a relatively slow start at 08:00 (07:00GMT). Many of the polling stations across Yaounde received low-turnouts until around 10:00 – when voters finished church service and began to trickle in.

Paul Biya cast his vote at around midday, and other candidates soon followed by attending their respective polling stations to which they had registered.

CGTN’s Oliver Jarvis managed to talk to candidate Cabral Libii, who has acquired a large youth following, on controversy about his alleged involvement with the ruling party. Cabral was also approached by the opposition to join a coalition – but refused.

“With them [the coalition], I was treated like a child, and was questioned on my political intentions – so I refused,” he told CGTN.

At another polling station, CGTN tried to secure a comment from the leader of the coalition, Maurice Kamto – but when pressed on the matter, he declined to comment.

Many voters that CGTN spoke to said that they were pleased with the election process, and that it had remained largely peaceful.

One voter, Marc Kalga, said that he thought the ruling government had done what they could with the resources available over the last 36 years, but asked for more development to take place in the coming years. He declined to comment on who he had voted for.

Another, Rene Takougoum, spoke of the troubles of road connectivity between major cities in the country. He stated: “The next President should focus on transforming the infrastructure of each major city, and look at curbing unemployment.”

Pauline Mfoumou, a female voter from the central district of Yaounde, said that she was not satisfied with the level of employment for the youth. She spoke of the need for the government to to create a safe environment for the youth to grow up in and thrive in.

There were unconfirmed reports throughout the day that the Anglophone region of the Northwest and Southwest were experiencing social media blackouts. According to reports, the streets were empty of voters – with only security personnel and election officials being present. 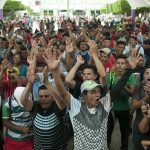 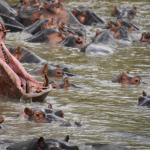