The former Cameroonian international Samuel Eto’o is increasingly criticized at home by some dissatisfied . After the poorly digested support for President Paul Biya during the elections , the buzz that sparked a valuable watch, Samuel Eto’o is attacked again on social networks, forming two camps. 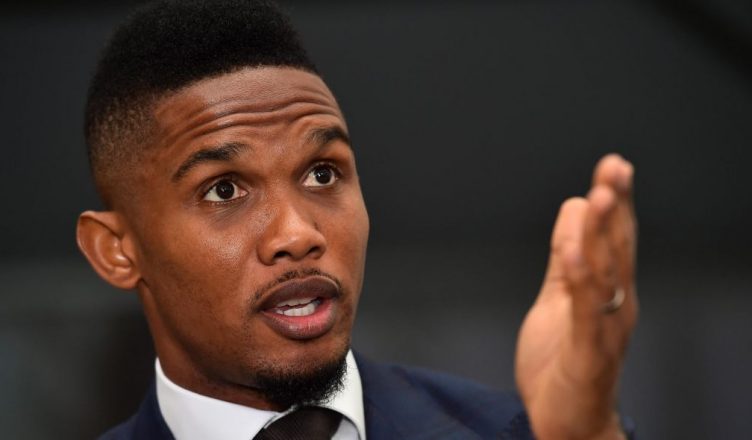 It all started with the fact that the player paid for the accommodation expenses of A’salfo, the Ivorian artist, during his recent trip to Douala, where the latter attended the funeral of Jean-Pierre Saah, a of his faithful collaborators, killed the first of April. Two camps were formed on social networks.

According to Abidjanshow, it is A’salfo himself who would have revealed the information. Information that some did not like; others find it useless to offer a stay to an already rich person while many Cameroonians ” starve and sleep on the streets “.

Soon voices rose to the niches to recall the injustice shown by the Cameroonians vis-à-vis the one who once did so much for his country Cameroon .

“Cameroonians are not grateful. They criticize but they forget that Eto’o did a lot for the country. Beyond his sporting talent that has helped promote Cameroon, it has allowed many young football fans and whose parents can not afford to integrate quality training centers to pursue their dream. He has always been generous, even to former footballers (Norbert Owona in particular) who were in need. So taking charge of A’salfo’s stay is not mean, but on the contrary it is a valiant gesture, since he has supported in his own way, a person saddened by the death of a loved one “, said, a source that quotes the site.

It should be noted that this is not the first time that the star of the ball is on the front page, on social networks . Scandals, stories and more, Samuel Eto’o has never been safe.