President Paul Biya of Cameroon yesterday held his first cabinet meeting since 2015 and on the back of a recent reshuffle. The event took place at the Unity Palace (presidency) in the capital Yaounde.

According to a statement on the website of the presidency, Biya’s address to his appointees centered around security, decentralization, upcoming elections and the hosting of the African Cup of Nations among other issues.

Reuters reports that there was no explanation of why he had called the session and no other officials were permitted to speak about what went on in the conclave.

ALSO READ:  This 12 Year Old Girl Finds Something About American Presidents That No One Will Believe

Thanks to the firm action of our defence and security forces, we have been able to drastically curb the atrocities perpetrated by criminal groups in the Far North, North-West and South-West Regions.

Portions of Biya’s address focusing on security said the government was winning the fight to secure the country’s Anglophone regions and the Far North – which is riled by incessant attacks from the Boko Haram group.

“Thanks to the firm action of our defence and security forces, we have been able to drastically curb the atrocities perpetrated by criminal groups in the Far North, North-West and South-West Regions.

“Efforts in that regard need to be continued, especially to ensure that economic and social activities return to normalcy,” he added.

The president had told his cabinet that “the best way to serve the country is to do everything, to make all the sacrifices that are needed,” the prime minister said.

“There are a lot of things to do,” Biya had added, singling out the Africa Cup of Nations annual soccer tournament that Cameroon is to host next year, and the presidential election in October this year.

Biya has ruled the Central African nation since taking over from a retired predecessor in 1982 and then winning an election by 99.98 percent a year later.

The meeting came as Cameroon faces a violent separatist movement in its western Anglophone region that a military crackdown has failed to quell. The rest of Cameroon speaks French. In an apparent attempt to smooth it over, Biya appointed two officials from the region to top positions earlier this month.

The economy has been sluggish because of low prices for its main exports oil and cocoa, and falling crude oil production. It was not by helped a shutdown in the economy of its restive Western region, which before the first crackdown in 2016 was becoming an unlikely hub for start-up tech firms.

At the last council in October 2015, shortly after a sweeping reshuffle, Biya was similarly pre-occupied by sport, according to local press reports. He ordered ministers to “accelerate preparations for the important sports celebrations” that Cameroon was to host, namely the men’s African Cup of Nations match next year and women’s one that was held in 2016.

Outside of such meetings, Biya often meets his ministers at the airport between private trips abroad with his wife Chantal, famed locally for her luxurious dresses and bouffant hairdo. Their favourite destination is Switzerland. 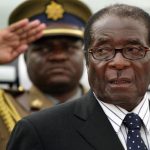