Morocco’s 1-0 victory over Portugal on Saturday made them the first African team to reach the last four of a World Cup.

Three African teams had fallen in the quarter-final stage before Walid Regragui’s side finally ended the continent’s long wait for a semi-final spot.

Cameroon in 1990, Senegal in 2002 and Ghana in 2010 had all made strong runs in the tournament but were unable to go beyond the last eight.

The first African team to reach the quarters were Cameroon in Italia ’90 where the ‘Indomitable Lions’, having beaten Colombia in the last 16, came up against Bobby Robson’s England.

David Platt put England ahead in the 25th minute but the introduction of the 38-year-old Roger Milla at the break sparked a turnaround.

Milla won a penalty which Emmanuel Kunde converted in the 61st minute and then four minutes later set Eugene Ekeke to put the African side ahead.

But Gary Lineker’s 83rd minute penalty took the game into extra-time and the England poacher struck again in the 105th minute to end Cameroon’s dream.

Despite the defeat Cameroon took a deserved lap of honour at the San Paolo stadium in Naples having won many hearts and much respect with their performances which began with a 1-0 win over Argentina in their opening group game.

Senegal’s run to the last eight in South Korea and Japan was all the more impressive given it was their first appearance in a World Cup tournament.

The Lions made a grand entry beating the defending champion and favourite France 1-0 in the opening match.

That shock victory was followed up draws with Denmark (1-1) and Uruguay (3-3) to set up a round of 16 clash with Sweden which was won 2-1 thanks to two goals from Henri Camara, the second the match-winning ‘golden goal’ in extra-time.

Turkey were the opponents in the last eight but this time the golden goal rule proved to be the undoing of the Africans — after the game ended goalless in 90 minutes, Ilhan Mansiz struck four minutes into extra-time to send the Turks through.

That was the last ‘golden goal’ scored in a men’s international tournament, with FIFA returning to normal extra-time for the 2006 edition.

Until Saturday’s Moroccan success, the nearest an African team had been to the last four was in 2010 when Ghana were a last-second penalty away from the semi-finals.

In the final moments of extra-time Uruguay forward Luis Suarez prevented a certain goal with a deliberate handball on the goalline to deny Ghana a winner. 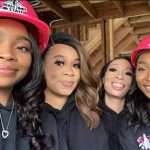