Caleb is 3 ft 7″ who battles with a disability but never with self-esteem and confidence.

The seriously aspiring 19-year old bodybuilder faced quite a lots of troubles growing up.

“Growing up was tough, we grew up without our parents, we just took from each other, we learnt from each other, but then again I can say I’m also happy about that because it made me the man I am today…”

“I’ve also learned that a family is more than just blood, it is really a bond that you have. Right here, I’ve made a lot of brothers.”

Mutombo and his brother were born with the sickle cell disease. Some report revealed that the Mutombo brothers were abandoned by their parents. His brother’s treatment had brought them to South Africa. The two found a new home courtesy of South African non-profit called Kids Haven.

Sickle cell disease has a tendency of delaying the growth of its patients during puberty. However it is not clear if that alone contributed to Caleb’s stunted growth. He literally stopped growing at the age of 14.

The determined bodybuilder at 110 centimeters tall and a 40kg weight is not scared of competing with bodybuilders bigger and taller than he is.

As an ardent body trainer, he spends 5 days a week in his local gym in Johannesburg. He can squat 30kg (4st 7lb) and lift 10kg (1st 6lb). The strong personality says he strives to improve each day with exercises and lifting heavier weights.

“I first started training when I was around the age of 12. I remember my brother and I were just talking about our bodies and how we’d like to look masculine and everything and that’s when we started training.”

Caleb Mutombo says he definitely faced physical and social challenges when he started taking bodybuilding a little more serious. Amidst the negative comments and disbelief in him, he knew he owed it to himself to be the best he dreamed to be.

Instead of proving points to his nay sayers, Caleb is more concerned with inspiring people through his life, physical limitations and budding career in bodybuilding. His motivation earned him a body training sponsorship from Trinergy Health and Fitness. Ryan Manthe, co-owner of the fitness centre read Mutombo’s story in the papers and decided to find and work with him.

Last year the young man came third in a local bodybuilding competition. He says having bigger competitors did not intimidate him.

“I believe that if I am born the way that I am, with this physical challenge, it’s not a disability. It’s my ability to inspire and I believe it’s my duty to the world that I use this to inspire the world, to say ‘Look, if I can do it with all these challenges, so can you.’” 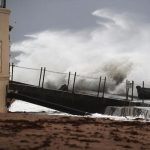 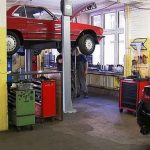