Pastor Charles H. Ellis III, an American Apostolic Pentecostal preacher, author and the current Presiding Bishop of the Pentecostal Assemblies of the World, who was caught on camera groping Ariana Grande at Aretha Franklin’s funeral he officiated has apologized. 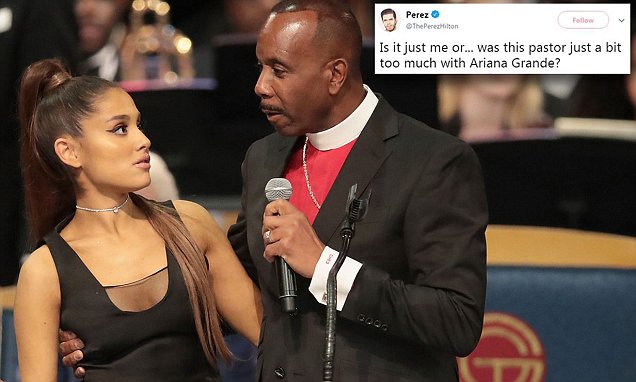 Pastor Ellis had brought Ariana Grande to the podium afte r her performance, where he cracked a joke about her name sounding like a Taco Bell menu item and awkwardly greeted her on stage. However after images of the moment showed Ellis’ hand holding Grande well above her waist, with his fingers pressing against one side of her chest, he apologized.

ALSO READ:  23 Pictures Of People Who Look Exactly Like Celebrities

In an interview with The Associated Press at the cemetery where Franklin was interred late Friday, the preacher said;

“It would never be my intention to touch any woman’s breast. … I don’t know I guess I put my arm around her. Maybe I crossed the border, maybe I was too friendly or familiar but again, I apologize.

I personally and sincerely apologize to Ariana and to her fans and to the whole Hispanic community. When you’re doing a program for nine hours you try to keep it lively, you try to insert some jokes here and there,” he said. 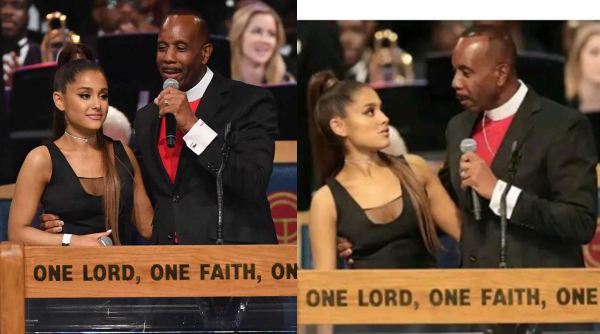 Ariana however certainly felt the love as she laughed at Bishop Charles’ joke and told the crowd, “We love you Aretha.” She attended the event with fiancé Pete Davidson who was able to spend time with former President Bill Clinton and his wife Hillary Clinton before the service began 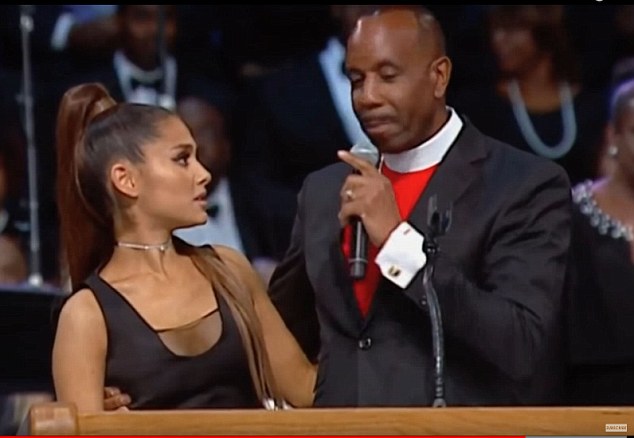 Earlier this month, Ariana appeared on The Tonight Show Starring Jimmy Fallon where she paid tribute to the Queen of Soul by performing “Natural Woman.” “It’s an honor to have met her and we’re going to celebrate her,” she told Jimmy Fallon. 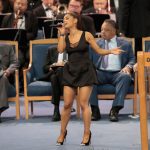 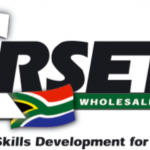