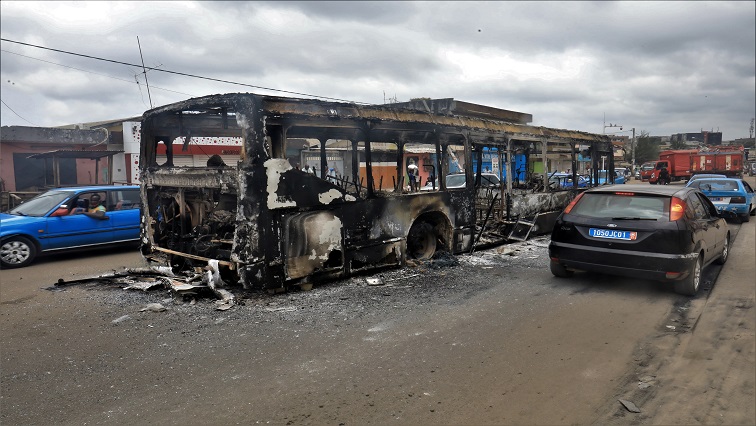 Protesters in Ivory Coast set fire to a bus in the commercial capital Abidjan on Friday after deadly protests earlier in the week against the president’s decision to seek a third term.

At least five people have been killed during demonstrations in recent days, with tensions running high since President Alassane Ouattara announced last week he would run in the October 31 vote.

In Abidjan’s Yopoupon district smoke drifted from the blackened shell of a passenger bus that had been set alight.

“Youths attacked the bus by throwing stones and burned it this morning,” roadside trader Benedicte Yomakan told Reuters, saying the protesters had been trying to block the road.

A police spokesman declined comment on the incident or whether there had been any casualties.

By midday the protest had died down and traffic was flowing normally under the supervision of a police patrol. Other districts of Abidjan were calm.

Opposition groups insist the president must stand down after serving two terms, in accordance with the law, but Ouattara says the new constitution, adopted in 2016, acted as a reset button, allowing him to run again.

The race was expected to be hotly contested even before Ouattara announced his candidacy. The vote is seen as a test of stability for a country still recovering from a brief civil war following his first election win in 2010. 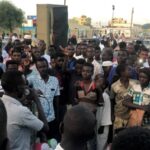 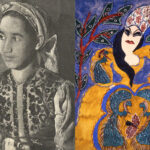