Burkina Faso’s President Roch Marc Christian Kabore was sworn into office on Monday in the capital Ouagadougou as he won the November 22 presidential election for a second term.

ALSO READ:  Here Are The Top 5 African Countries With The Most Stable Democracies!!
Loading...

“I swear to Burkinabe people and in my honour to preserve, respect and uphold the Constitution and the laws, to do everything possible to ensure justice for all in Burkina Faso”, Kabore declared while taking oath for office on Monday.

ALSO READ:  President Mahama: Ghana Is Not Second Most Corrupt Country In Africa

The ceremony assembled 1,200 people of which 15 West-African heads of state and government.

Kabore, in power since 2015, won the November 22 election with 57.74 percent of total valid votes cast, final and validated results by the Constitutional Council showed.

He defeated his main challenger Eddie Komboigo, who has lately congratulated Kabore on his electoral victory.

In total, 2,972,590 voters casted their votes on November 22, a polling witnessed by 10,000 national and international observers. 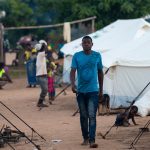 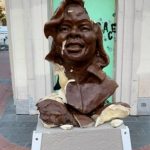