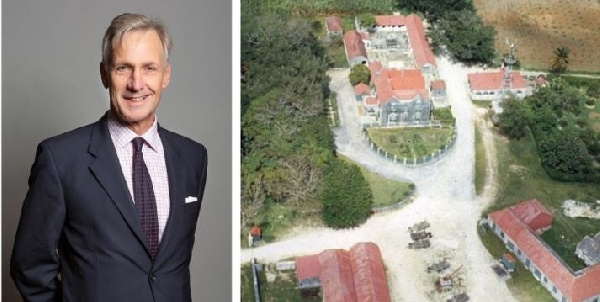 It is estimated that around five million enslaved Africans were shipped off to the Caribbean during the transatlantic slave trade and at the time the demand for sugar in Europe became very high.

For the enslaved Africans who were able to endure the long and treacherous journey, they were forced to work on vast plantations in dangerous conditions while their enslavers benefited from their toils. The Drax family from Britain was one of the benefactors, and people are calling on them to atone for their slavery history by way of paying reparations.

Located in Barbados and built somewhere around 1650, the 621-acre Drax Hall – a still-functioning sugar plantation – is referred to as the “killing field” for alleged atrocities committed against enslaved Africans who worked there. Thousands of enslaved Africans reportedly died on that plantation, and the Drax Hall, for 200 years, also had up to 327 enslaved people working there, according to the Sunday Mirror.

“Black life mattered only to make millionaires of English enslavers and the Drax family did it longer than any other elite family,” Sir Hilary Beckles, the chair of the Caribbean Community Reparations Commission said.

Drax Hall is the oldest residential property in the Western hemisphere and cultivated the first sugarcane in Barbados. Now in the name of family descendant and Tory Member of Parliament Richard Grosvenor Plunkett-Ernle-Erle-Drax, current workers on the plantation lamented on their poor conditions of service to the news outlet.

Drax, who is estimated to be worth £150million ($200,850,000) and inherited the plantation from his deceased father, continues to profit from the family business. Workers on the farm are reportedly paid as low as £24 ($32) a day. The average wage in the Caribbean nation is double that.

“They used to give a little extra to the people who had retired. But nothing last few years. I ain’t had nothing. I don’t think the rest of the retired people are getting any either,” a former worker said.

Following the abolishment of slavery in 1836, the plantation had to part ways with 189 enslaved workers. The UK government, however, paid the Drax family a current rate of $3million (4,017,000) in compensation.

Speaking to the Sunday Mirror after he was elected in 2010, Drax distanced himself from his family’s past, saying: “I can’t be held responsible for something 300 or 400 years ago. They are using the class thing and that’s not what this election is about, it’s not what I stand for and I ignore it.”

Sir Hilary, however, disagrees and says it is prudent for the MP to atone for his wealthy family’s past. According to him, the Drax family’s involvement in the trade resulted in some 30,000 enslaved people dying in Jamaica and Barbados.

“When I drive through Drax Hall land I feel a sense of being in a massive killing field with unmarked cemeteries. Sugar and Black Death went hand in glove,” he said. “It’s no answer for Richard Drax to say it has nothing to do with him when he is the owner and inheritor. They should pay reparations.”

Barbados Ambassador to CARICOM, David Comissiong, also said: “This was a crime against humanity and we impose upon him and his family a moral responsibility to contribute to the effort to repair the damage.

“You can’t simply walk away from the scene of the crime. They have a responsibility now to make some effort to help repair the damage.”

Besides calls for Drax to pay reparations, the Sunday Mirror reported he is also yet to declare the property in the MPs’ register of interests despite putting the business in his name this year. Per parliamentary rules, MPs must register lands that have “a value of more than £100,000; or forms part of a total property portfolio whose value exceeds £100,000; and/or provides rental income of more than £10,000 in a calendar year”.

The millionaire MP, however, told the news outlet: “I reject the assertion that I failed to declare any Barbados property holdings once owned by my father, as these are going through the probate process and not yet transferred to my name.

“Once that process is completed, I will of course register it in proper accordance with the rules. I am keenly aware of the slave trade and the role my very distant ancestor played in it is deeply, deeply regrettable.

“But no one today can be held responsible for what happened many hundreds of years ago.

“This is a part of the nation’s history, from which we must all learn.’’ 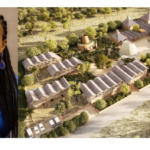 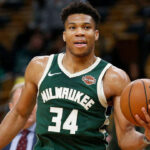