Britain secured a Brexit deal with the European Union on Thursday more than three years after Britons voted to leave the EU.

The deal comes to close after years of disruptive and frequent belligerent discussions.

European Commission President Jean-Claude Juncker was quoted in a tweet some hours before the EU summit in Brussels saying, “Where there is a will there is a deal-we have one!”

Juncker also stated that the deal meant there would be no need for further delay to Britain’s departure and negotiations on the future relationship between Britain and the EU would begin as soon as the deal was approved by the European parliaments and the UK.

He also said he would recommend that leaders of the other 27 member states approve the deal.

Prime Minister Boris Johnson said in a statement, “Now is the moment for us to get Brexit done and then together to work on building our future partnership, which I think can be incredibly positive both for the UK and for the EU” while praising both Juncker and the EU’s chief negotiator, Michael Barnier, for their efforts.

“I hope very much that my fellow MPs in Westminster do now come together to get Brexit done, to get this excellent deal over the line and to deliver Brexit without any more delay,” he continued to say.

However, the Northern Irish Party has refused to support the deal saying it is not in Northern Ireland’s interests.

Main opposition Labour Party, Jeremy Corbyn also said he was unhappy with the agreement and would vote against it.

Johnson must now secure approval for the agreement in a session of parliament on Saturday which would push for a proper departure on October 31.

He has said he will not ask for a delay, even though parliament has passed a law to oblige him to do so if it has not finalized a deal by Saturday. 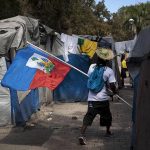 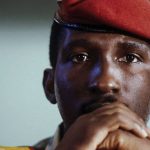