Brad Pitt is on a mission to right his wrongs following his marriage split from Angelina Jolie. The actor has been reflecting on his past since the acrimonious split from the actress, which was reportedly sparked by his alcohol abuse and a drunken argument with son Maddox on a flight to LA.

The 53-year-old has been through a stint in rehab, which has led him to reflect on life, and now it seems it’s made him rethink his split from Jennifer Aniston in 2005.

Brad famously left Jennifer for Angelina after the pair met on the set of Mr And Mrs Smith in 2004. The couple had been married for five years at the time, together for seven when Brad walked out.

But now the actor has addressed his past, and attempted to make amends for his mistakes.

A source told In Touch Weekly: ‘He’s been determined to apologise for everything he put her through, and that’s exactly what he did.

‘It was the most intimate conversation Brad and Jen have ever had.’

The talk has reportedly given the pair a new ‘level of closeness’.

‘Jen was overcome with emotion. All the hurt feelings and resentment she’d suppressed for years came flooding to the surface, and she broke down in tears,’ the source continued.

‘He apologised to Jen for being an absentee husband, for being stoned and bored much of the time. He also made amends for leaving her for Angelina.’

The split has gone down as one of the most famous in pop culture history, with Jen being forced to live out her divorce in public.

In an interview with the new US issue of Esquire magazine in 2013, he Brad said he fell in love with Angelina because she made him feel alive: ‘For a long time I thought I did too much damage – drug damage. I was a bit of a drifter.

‘A guy who felt he grew up in something of a vacuum and wanted to see things, wanted to be inspired. I followed that other thing. I spent years f***ing off.

‘But then I got burnt out and felt that I was wasting my opportunity. It was a conscious change. ‘This was about a decade ago. It was an epiphany.’

Jennifer went on to marry Justin Theroux in August 2015 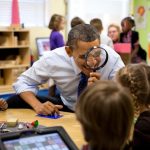