President Mokgweetsi Masisi of Botswana on Tuesday said that his aim is to make the southern African country a land of small stock production.

Serema had posted that he had just come from an auction by the Namibia Livestock Auctioneers Ltd where two rams sold for 75,000 Namibian dollars (about 4,425 U.S. dollars).

“My aim is to make Botswana the land of small stock. We must increase our small stock herd,” said Masisi.

Masisi said Botswana can be able to feed “ourselves and also meet the demands of big markets in Asia, Middle East and Europe.”

“Namibia is already in full force and wants us to catch up with them. I am making my personal contribution through the donation of bucks and rams to farmers that have seriously taken up small stock production in the 57 constituencies,” he said.

It is at this donation ceremony that Masisi announced that Botswana had secured markets for sheep and goat meat in Saudi Arabia and Norway. 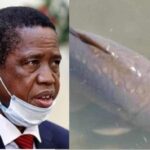 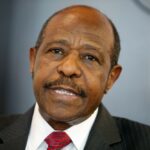