As The AP notes, the seven-term Democrat held a town hall meeting and played recordings of several threatening voicemails left at his offices in Houston and Washington, the Houston Chronicle reports.

“We are not going to be intimidated,” Green told the crowd of about 100 people on Saturday. “We are not going to allow this to cause us to deviate from what we believe to be the right thing to do and that is to proceed with the impeachment of President Trump.”

One racist male caller threatened Green with “hanging from a tree” if he pursues impeachment. Another message warned Green that he would be the one impeached after “a short trial” and then he would be hanged.

Green took to the House floor on Wednesday to say he believes Trump committed obstruction of justice when he fired FBI Director James Comey amid the agency’s investigation of possible links between Russia and Trump campaign associates.

America’s narcissist 45th president has dismissed criticism of his firing of Comey.

Green said he wanted his constituents to be aware of the hateful calls he’s receiving.

“When a person talks about lynching you, we think that’s a pretty serious threat,” said Green, a former president of the Houston branch of the NAACP, according to his congressional website.

Green has also confirmed that officials are investigating the lynching threats.

”We are hopeful there will be a prosecution,” Rep. Al Green told CNN’s Brooke Baldwin. “Lynching is murder. People make these threats and we need to expose them.”

The lawmaker admitted that it wasn’t an easy decision to share the threats but it was a “necessary one.”

“You cannot hide hate,” he said on CNN. “You have to confront hate. … It’s unfortunate many African-Americans have to live knowing they can be threatened with lynching.” 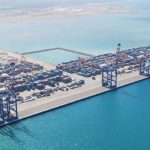 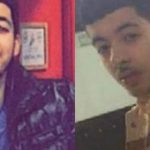