According to our colleagues from RTBF, the Belgian government has not respected the freeze on the assets of Muammar Gaddafi. Interest paid and stored since 2012, estimated between 3 and 5 billion euros have disappeared from Belgian banks.

The same source indicates that this sum was handed over to Libyan militias responsible for trafficking in human beings. It is therefore clear that the 14 billion euros of the former strongman of Tripoli stored in Belgian banks were blocked, but not interest and dividends.

An act of Brussels that is considered a violation of its obligations to freeze the assets of former Libyan leader Muammar Gaddafi, if we stick to the UN report released last September.

That sum is said to have left Belgium via the HSBC bank in Luxembourg before disappearing. The UN estimates that the money has returned to Libya, a country plunged into chaos since the fall of Gaddafi. RTBF claims that the Belgian government played a role in financing Libyan militias responsible for trafficking in human beings.

The thaw was only possible thanks to the green light from the former finance minister and current Foreign Minister Didier Reynders, as the bank is not allowed to make such decisions alone. Approached by the RTBF to gather its version of the facts, Mr. Reynders declined to comment.

” This is the potential financing of a civil war for 7 years. Civil war that led to a major migration crisis “reveals RTBF.

It was in September 2011 that the assets of Muammar Gaddafi were frozen by decision of the UN. Last March, the Belgian weekly Le Vif had said that between 2013 and 2017 more than 10 of the 16 billion euros belonging to the entourage of the former Libyan guide had mysteriously disappeared from the accounts of Euroclear Bank in Belgium. 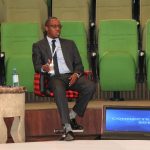 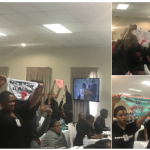