George Soros is pumping $500 million into migrant- and refugee-founded businesses and other initiatives, the billionaire investor announced Tuesday, noting that his hope is other investors will follow suit.

Announced against the backdrop of an ongoing United Nations (U.N.) summit in New York, Soros explained that he wished to harness the power of the private sector for public good.

On Monday it hosted its first forum for Heads of State to discuss how to handle what’s been dubbed the world’s biggest refugee and migrant crisis since World War II. According to the U.N., 65.3 million people have been displaced from their homes by conflict and persecution in 2015. Since the crisis escalated last year, Europe has been struggling with how to handle the inflow of migrants.

“I will invest in startups, established companies, social-impact initiatives and businesses founded by migrants and refugees themselves,” Soros wrote. “Although my main concern is to help migrants and refugees arriving in Europe, I will be looking for good investment ideas that will benefit migrants all over the world.”

Soros, 86, is a refugee himself. He fled Hungary in 1946 and spent his teenage years as a migrant in London. He worked as a railway porter and waiter to put himself through the London School of Economics and later moved to New York where he got his start working on Wall Street. In 1969 he established his own hedge fund, the Quantum Fund, with $12 million. Today Forbes estimates Soros’ net worth at $24.9 billion.

Through his Open Society foundations, Soros has said he plans to give away more than $11 billion in his lifetime. According to Soros, the latest $500 million investment earmarked toward refugees and migrants will be owned by his nonprofit foundation, and will be investments rather than grants. “They are intended to be successful—because I want to show how private capital can play a constructive role helping migrants—and any profits will go to fund programs at the Open Society Foundations, including programs that benefit migrants and refugees,” Soros wrote.

Over the past several years Soros has made several gifts toward organizations aimed at supporting immigrants, including the Migration Policy Institute, which analyzes the movement of people worldwide, and the National Immigration Law Center, dedicated to advancing the rights of low-income immigrants. Soros has also been an outspoken critic of Republican Presidential Nominee Donald Trump and his anti-immigration rhetoric, saying in January that “Donald Trump is doing the work of ISIS.” In March, he pledged $5 million through a super PAC called Immigrant Voters Win PAC, aiming to mobilize the vote of Hispanic and Latino voters against Trump. 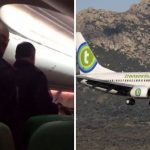 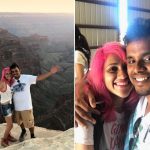